**Spoiler alert for those who haven’t seen the last two episodes of Doctor Who!**

*collects pieces of brain matter off of the ceiling and walls*

Ahem. Sorry. Had to do a bit of housekeeping, because this was a phenomenal episode of Doctor Who. I was curious how Whithouse was going to keep the momentum going after last week’s amazing episode, and he did not disappoint! From the get go, I was hooked — how awesome was the Doctor’s 4th-wall-breaking opening monologue about Beethoven’s 5th? — and I loved how the episode jumped back and forth from the past (before the flood of the army base) to the present. It’s a narrative choice I’ve never really tired of, especially when events of the past shape the events of the future.

But nothing is ever quite as grand as the fact that the Doctor was (seemingly, again) die.

Now, I will be honest in saying that I was a bit miffed that the writers decided to fall back on the tired old trope of the Doctor “having to die.” We’ve seen it time and again, and I wasn’t too eagerto see the Doctor narrowly escape another would-be-death (after all, that was the entire premise of Season 6). But, as the episode progressed, I was more and more okay with the premise. Things weren’t falling into the usually places, and I was actually left guessing at a lot of turns. Whithouse does an excellent job of stringing us all along without giving things away too soon, and then the mic drops — it was all a time loop!

“Bootstrap Paradox” is the official term the Doctor uses at the beginning of the episode as he’s talking to us/Clara (I’m assuming he was talking to her because he references Beethoven’s 5th when he’s explaining everything at the end of the episode), which goes something like this:

A time traveller, who knows everything about Beethoven, goes back in time to meet the great composer, only to find out Beethoven never existed. The time traveller then decides to publish Beethoven’s music on behalf of Beethoven, thus becoming Beethoven himself. So the question is this — who came first? Beethoven, or the time traveller? Who composed Beethoven’s 5th? And this relates to the episode at hand, because all of the events over the last two episodes didn’t happen by chance — they happened because the Doctor interfered with time and created a Bootstrap Paradox of his own. 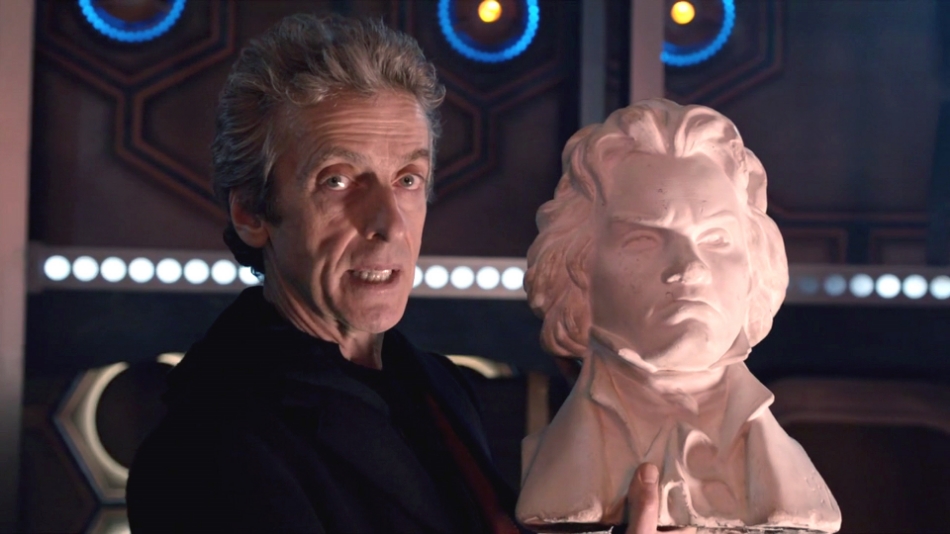 Confused? It’s definitely a brain scratcher, but it makes sense when you break it down.

First, at the end of the last episode, Clara sees the Doctor’s ghost, and she tells him about it after he goes back to the past to find out where the mysterious ship came from. This creates a fixed point in time — the Doctor’s ghost exists because he knows it exists because Clara showed him his own ghost. This is eerily reminiscent of when River is forced to break her hand after Amy told her she had to break her hand in the mid-season finale of season 7, The Angels Take Manhattan. If you remember, the Doctor got incredibly upset by such a revelation (the Doctor doesn’t like endings), so it was a nice bit of continuity to see him get equally upset in this episode when he learns he’s going to die and turn into a ghost.

What made the Doctor’s ghost unique — and this is the second important piece — was the fact that it was reciting the crew members’ names in the order in which they were dying and turning into ghosts. This was only confirmed, though, when the Doctor let O’Donnell die at the hands of the Fisher King, because he wanted to test the theory — why? Because Clara was the next name after O’Donnell, which meant that she was going to die next — and this was the moment the Doctor decided to change the course of time to save Clara.

Timey-wimey craziness aside, this was the most compelling aspect of the episode, and it showed a side of Capaldi’s Doctor we haven’t seen since early last season; he’s not afraid to let people die to save the ones he cares about.

“This isn’t about me. I’m a dead man walking. I’m changing history to save Clara.”

The Doctor recites these lines after O’Donnell is murdered and her lover is angry that he let her die. It also happens after Clara lashes out at the Doctor for casually accepting his death sentence.

“Not with me. Die with whoever comes after me. You do not leave me!”

It’s a surprisingly powerful performance from Coleman, and it actually struck a cord with me. I genuinely felt bad for her. Sure, she might not have the tightest on screen performance with the Doctor, but right there, in that moment, I felt compassion and fear for her situation. Remember, she loved Smith’s Doctor, and she’s spent more than a season coming to terms with Capaldi’s incarnation. He has changed her in ways unimaginable, so it makes sense for her to be so upset at the idea of him leaving her (especially after Danny Pink’s death — she literally has no one else besides the Doctor).

But back to the time paradox — it turns out that the Doctor’s ghost wasn’t actually a ghost! It’s a hologram he created once he decided to change the events of time. He wasn’t going to go down without a fight, so he created and controlled the hologram using his sonic sunglasses from inside of the mysterious stasis chamber to lure the rest of the ghosts into the Faraday cage, thus saving the remaining crew members from a ghostly death. What makes the whole thing a paradox, though, is that there never was any real sense of danger!

The big bad guy of this episode was the Fisher King — an ancient dictator that wrote the inscription on the wall of his spaceship (which was actually a hearse!). He did this so that, when he was placed in his stasis chamber inside of the hearse, he could capture future souls and turn them into beacons so that his future living followers could follow the signal and resurrect him from his slumber. However, his plans are dashed to pieces when the Doctor tricks him, blows up the dam using one of the ship’s power cells (causing the flood), and seals himself inside of the stasis chamber. As a result, the Fisher King dies, and the Doctor wakes up just in the nick of time to save everyone else in the future/present. 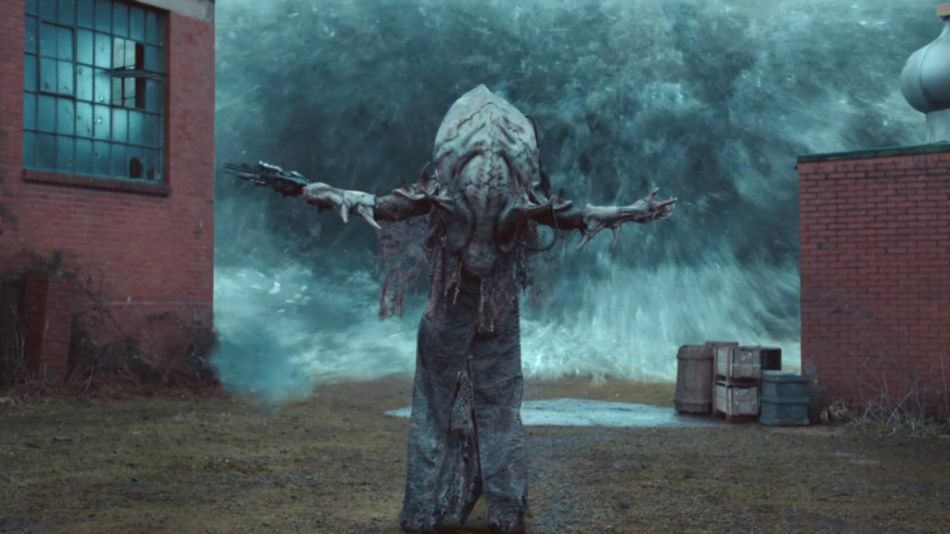 It’s kinda one of those things you have to watch to really understand, but it works because it’s handled so carefully. It’s a time loop that’s reminiscent of Harry Potter and the Prisoner of Azkaban, and it works brilliantly because the episode turned into a story about a time paradox, rather than one about the Doctor cheating death. He didn’t have to cheat death, because he never actually died — he created the “ghost” because he saw it in the future, and he programmed it to say the list of names because Clara told him what his future “ghost” was saying. So it becomes a question of “who composed Beethoven’s 5th?” Which came first — the Doctor’s ghost, or the Doctor’s hologram? Was the Fisher King ever a real threat, or did everything happen because of the Doctor “reversed engineered” the sequence of events?

“Time Lords — cowardly, vain curators who suddenly remembered they had teeth and became the most warlike race in the galaxy. But you, YOU, you are curious… You are still locked in your history. Still slavishly protecting time, willing to die rather than change a word of the future.”

This quote could be easily lost in the chaos of the episode, but I think it’s important to highlight because it reminds the audience that the Time Lords aren’t all saviors like the Doctor has been for so long. They became the most feared warriors in the universe for their part in the Time War, which is why the Doctor destroyed/sealed them away in the first place. It also reminds the us that Gallifrey is still out there, waiting to be rediscovered. But will the Time Lords be happy to see the Doctor once he finds them, or will they unleash war on the universe once again? It lends a greater scope to the episode, and it has me hopeful that we might see Gallifrey later in this season.

Beyond the big moments and grand revelations, this really was a great episode of Doctor Who, and it gives me a HUGE does of hope for this season. I haven’t been this pumped for Doctor Who in a long time, and I hope the people putting it all together can keep the momentum going, because this season is shaping up to the be best season of Who in a long, long time.