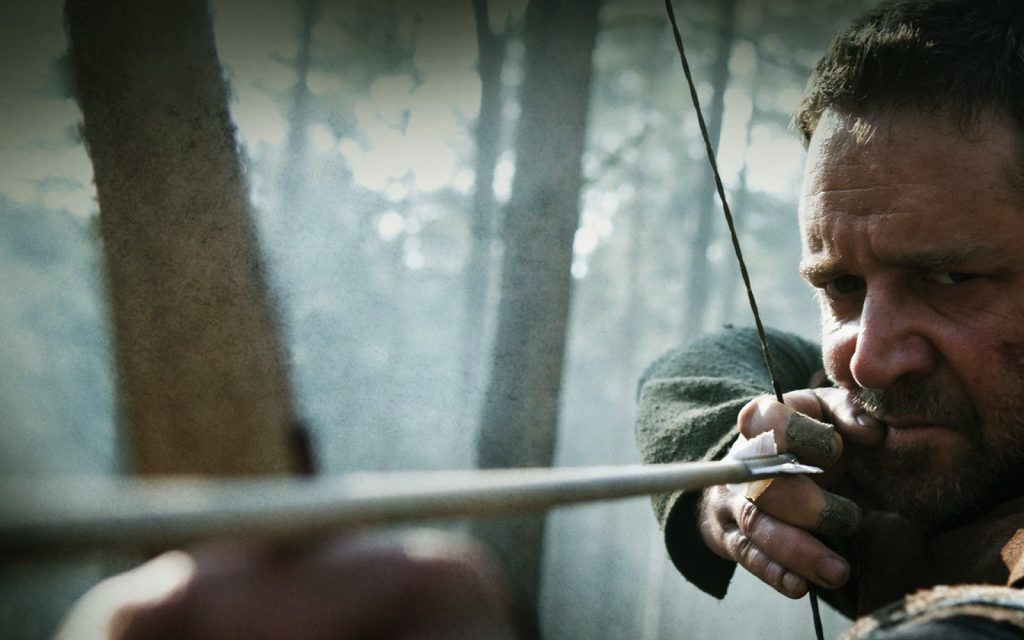 Robin Hood is not a retelling of the beloved Disney tale, nor is it an adventure film that shows Robin’s daring exploits as the infamous fugitive of Britain. This is an origins story, explaining the evolution of Robin Longstride into Robin the Hood. I wouldn’t say it is the best origins story, but it is most definitely a movie of epic proportions.

As usual, I will be judging this film on five levels, which I believe are crucial in order for any film to succeed: casting/acting, story, visual effects, music, and cinematography/locations.

Casting the perfect actors for a movie is a rough job, especially if the movie is large-scale, but the powers that be hit the mark dead-center (see what I did there?). Robin Hood is usually depicted as a strong young man, and Lady Marian as a beautiful young lady, but Ridley Scott decided to give us a tale of an older Robin Hood, and Russell Crowe and Cate Blanchett do a brilliant job bringing the characters to life. You actually grow attached to these characters, which is expected from such notable actors, so kudos to them for a job well done. 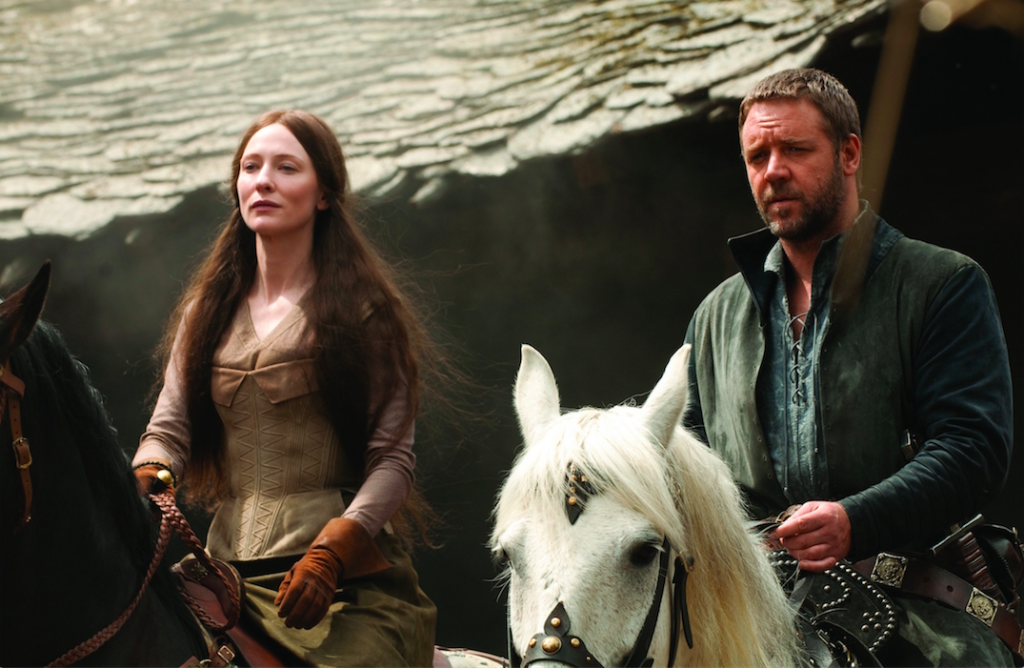 I also thought that the Royal Family, King Richard (Danny Huston) and King John (Oscar Isaac), both gave brilliant performances, though each was different. Huston played a weary and battle-torn king, who was coming home from the Crusades, whereas Isaac played a malevolent and selfish king, who demanded loyalty by force. Other notable mentions would be Robin’s band of “merry men” (though they are never called such), and the main villain, Sir Godfrey (Mark Strong). Strong’s performance was well played, causing you to truly despise the character.

As I said before, this is an origins story, telling the birth of Robin the Hood, but I’ve honestly read better (The King Raven Trilogy, anyone?). It’s a good story, no doubt, and it caught me off-guard (I was expecting Robin Hood meets Gladiator), but there are some problems that shouldn’t have happened. For instance, there are forest people who live in Sherwood Forest, and we are introduced to them early on in the film, though I feel their inclusion was a bit forced. The movie didn’t explain why they were there, which it really should have, and their appearance in the final act of the film simply felt silly (I won’t spoil what it was, but I have a feeling I won’t be the only one to think so). 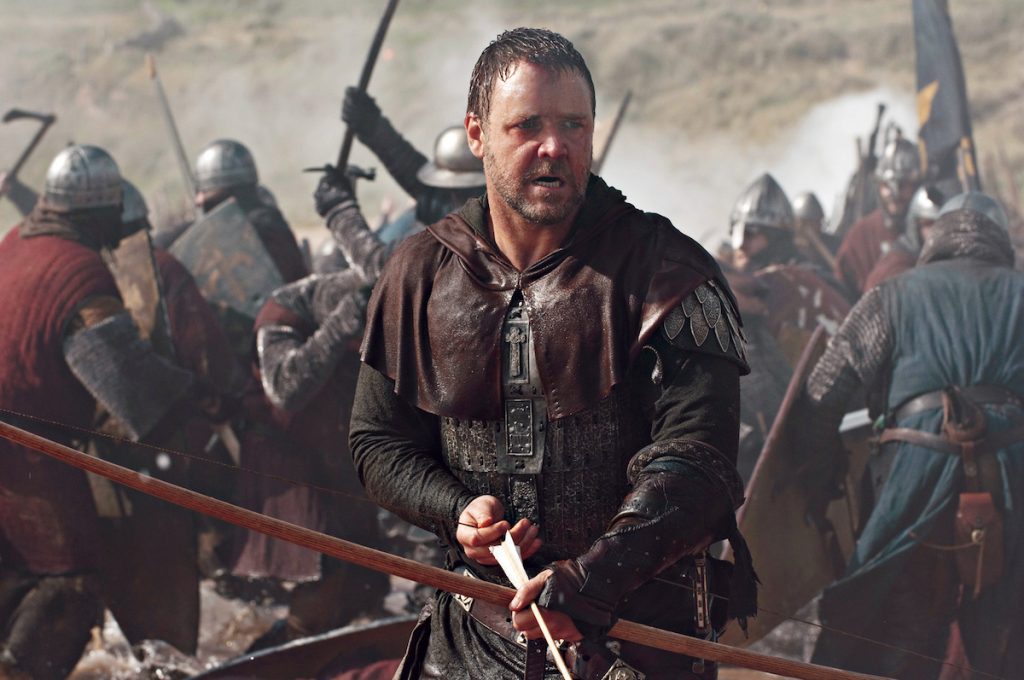 Another gripe of mine is that, even though this is an origins story, the Robin Hood of this film doesn’t act like the Robin Hood of legend. He only steals from the “rich” to give to the “poor” once in the movie, and even then it wasn’t well explained. I think that they should’ve expanded more on his exploits to help the town, and less on his grand adventure across the country. In all honesty, I feel that they shouldn’t have even called it Robin Hood, because it really was quite an original story. It was good, but it’s not the legend of old.

Modern day visual effects are reaching new heights in photorealism, and it shines gloriously in this film. The scales of some of the war scenes are epic (massive armies and warships? Yes please!), and the explosions are simply amazing. There were even some “arrow-time” moments which were pretty cool. Is all of it CG? Probably not; but that doesn’t matter. What matters is how they implement these effects into the movie, and I think Ridley Scott delivered one of the coolest period-films to date, and he shows that movies don’t have to be dripping with computer ooze to be good.

As I stated in my Harry Potter review, I believe music is absolutely crucial for the success of a movie; not just because it should sound good, but because music enhances emotions in the audience that would otherwise be lost, and I daresay this was one of Ridley Scott’s better film-scores. I’m actually glad he didn’t pair up with Hans Zimmer again, simply because I’m growing weary of the same booming, synthesized sound effects that he has grown accustomed to using. Marc Streitenfeld composed the score for this film, and I think he did a fantastic job.

The locations in this film were stunning! Filmed in North East England, this movie gave me hope for future movies that might be filmed in these locations. There were limitless rolling green hills, dark forests, and awesome castles (that I’m sure were CG-enhanced, but still). And as for the cinematography, I thought there were some impressive shots, such as the eagle eye view of the battle scenes, and when Robin and company were on the move. 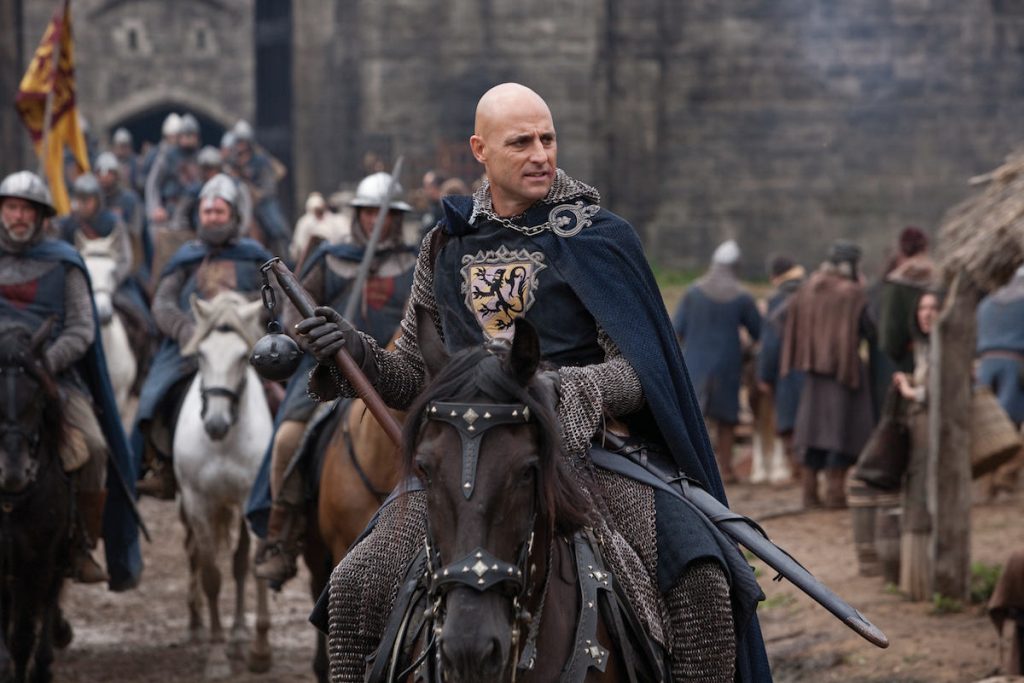 Now, some have said that the saturated color of the film looks bad/cliché, and it kind of does, but I think it worked well considering the context of the film. Robin and his band of not-so-merry men are living in dark times, so you don’t want to color of the film to be bright and festive.

Robin Hood is an impressive movie. It has its flaws, yes, and the story isn’t told as well as others like it, but the dedication of its creators shine through, giving us one of the better period-films in recent memory. Was it a good Robin Hood story? That’s debatable. But it’s a good story nonetheless, and one that I suggest everyone should see.