“The Grid. A digital frontier. I tried to picture clusters of information as they traveled through the computer – ships, motorcycles – with the circuits like freeways. I kept dreaming of a world I thought I’d never see. And then, one day… I got in.”

Bar none, TRON: Legacy is one of the more visually compelling movies I’ve seen in recent memory. From the action to the graphics to the stylized world of the Grid, I’ve never seen anything quite like it. But I’m getting ahead of myself! In this spoiler-free review, I’ll be evaluating the film on four levels: casting/acting, story, visual effects, and music.

Before I begin, let’s go ahead and address the elephant in the room: Jeff Bridges. The man is pretty much the core of this film, as he plays both the protagonist’s father, Kevin Flynn, and the much younger antagonist, CLU. How was this possible? I’ll explain it in the visual effects category. The question here is this: was the acting any good? I say yes. CLU is a diabolically crazed madman that stopped at nothing to achieve his goals. Kevin Flynn is a father who regretted past decisions, both in the real world, and in the Grid (the film’s virtual world). Both parts were played brilliantly by Bridges, and for that I give him props.

Garret Hedlund also gave a great performance as the rebel son, Sam Flynn. The last (and only) film I ever saw him in was the abysmal Eragon, so I was glad to hear Hollywood was giving him a second chance at greatness – and greatness he surely did earn. His acting range is wide and dynamic, from emotionally torn to righteously angry, and his athletic prowess is quite impressive. Olivia Wilde also knocked it out of the park as the Program Quorra (pronounced Cora). She perfectly captured the essence of the character – that is, a Program wanting to learn the ways of a User (a human). She was innocent, adventurous, excited, and ambitious – just like a little kid – and Wilde didn’t push any of these emotions/actions over the top, either. The way she admires Sam and Kevin Flynn is subtle, curious, and it makes the character shine. It honestly isn’t much of a surprise that Wilde would excel, considering her fantastic run on the hit TV show House, and now I’m even more excited to see her blast some aliens in the upcoming Daniel Craig flick, Cowboys and Aliens. 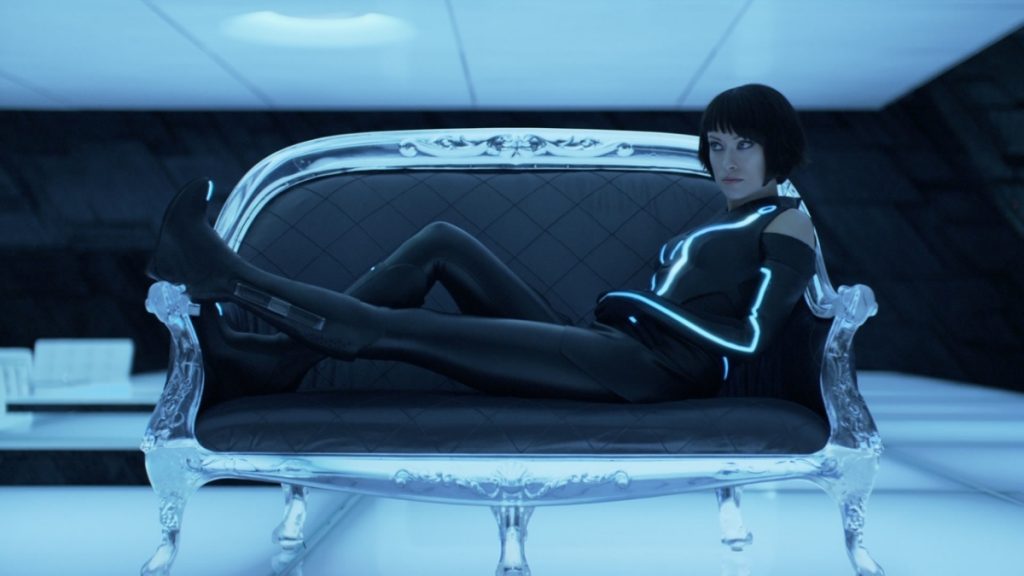 There isn’t much I can say without giving up too much of the story, but I can say this: it wasn’t all that great. It was good, yes, but from the beginning you can tell this movie is going to be a father-son piece, not an epic sci-fi action-adventure. Is this a problem? Not at all – but I think Disney mislead the audience in terms of what they would actually see. I think it would’ve been better to learn more about the Grid, hear a more fleshed-out backstory that explained what exactly happened to Kevin Flynn and his ambitious dreams, and to see some more action.

Instead we got a quick summary of about the Grid and Kevin, and then lots of personal dialogue between characters that don’t feel fully established, which is ironic considering that Pixar masterminds John Lasseter (creative exec.), Michael Arndt (Toy Story 3 writer), and Brad Bird (The Incredibles director) were called in to edit/revise some of the script.

And as far as the movie’s progression goes, be prepared for a slower-paced movie. It really isn’t a high-octane action flick. It’s a character piece, complemented by a few really cool action sequences, which is a shame. Don’t get me wrong, I love character-based movies, but when a studio runs trailers showing off all the epic scenes and visual spectacles, they should deliver more of those promises.

As I mentioned before, this movie is pure style. The black world of the Grid is highlighted by brilliant neon colors that run through everything, creating astonishingly stark contrasts that explode on screen. And when I say everything, I mean everything! Buildings, vehicles, even clothes! They all have the same striking visual style. And I’ll be honest. The striking visual style is what attracted me to this movie. I didn’t care if the movie was going to be a total bust at the box office, I was going to see it simply for its style. And the film did not disappoint.

From the incredible explosions, to the “de-rezzing” of Programs (when they die, it’s called “de-resolution,” and they explode/dissolve in millions of digitized cubes), and the materializing of vehicles in digital space, the graphics were absolutely incredible! Perhaps my favorite effect, though, were the light-cycles; the ribbons of light they left behind looked amazing! And the camera angles following the multi-level battlefield were awesome.

And I can’t forget about the “young” Jeff Bridges! The graphical gurus at Disney did a stellar job giving Bridges a “digital facelift” to de-age him a good twenty years. Such technology was used in a flashback in FOX’s X-Men: The Last Stand, but you can really see how far it’s evolved since 2006. Is it perfect? Not by a long shot (it still looks like CG) but it’s really, really good.

Composed by techno-pop wizards Daft Punk, the electronic beats and rhythms of TRON: Legacy make you feel as if you’re actually in a digital world, but not so much so that it feels forced. There are softer pieces for the more emotional/meaningful scenes, and then blood-pumping beats for more action oriented scenes. I wouldn’t say Daft Punk’s score is one of the best film scores of 2010, but it fits the style of this film perfectly. 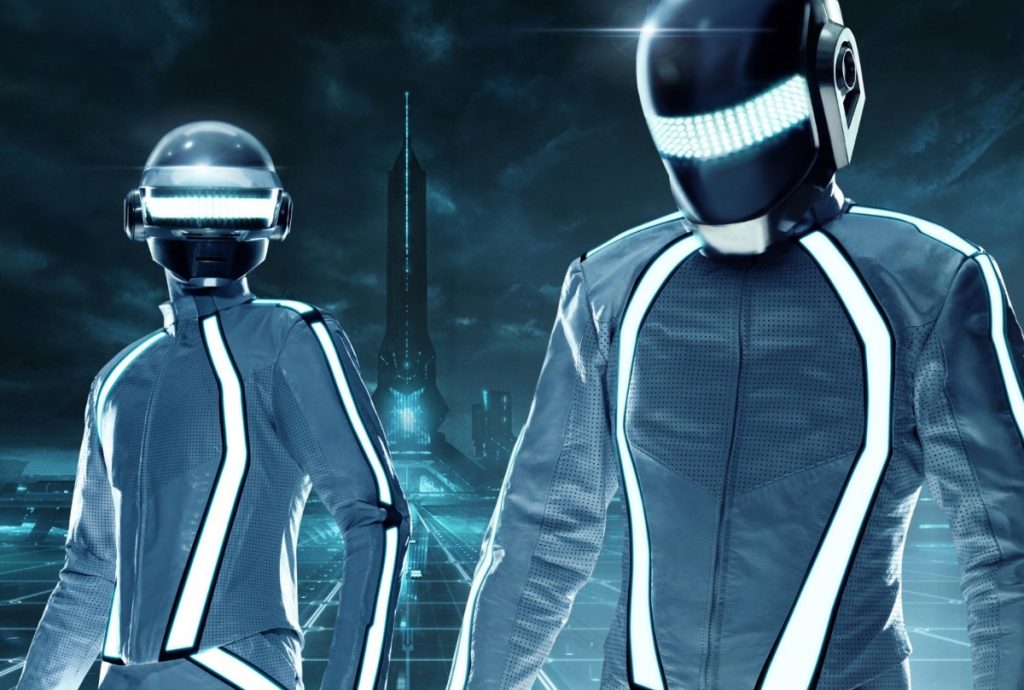 Overall, TRON: Legacy is a testament of how an old film can be re-imagined into a simply astonishing one without erasing the source material. I never could get into the original film, but I respect it, and this movie clearly respects it too. Is it the greatest film of 2010? No. But it’s a wild ride that won’t soon be forgotten.