Warning: A non-numeric value encountered in /homepages/28/d647299303/htdocs/app647299351/wp-content/plugins/social-media-buttons-toolbar/inc/php/enqueue.php on line 31
 How to Train Your Dragon 2 Review | A New Class of DreamWorks Animation - Timothy Writes
Skip to content 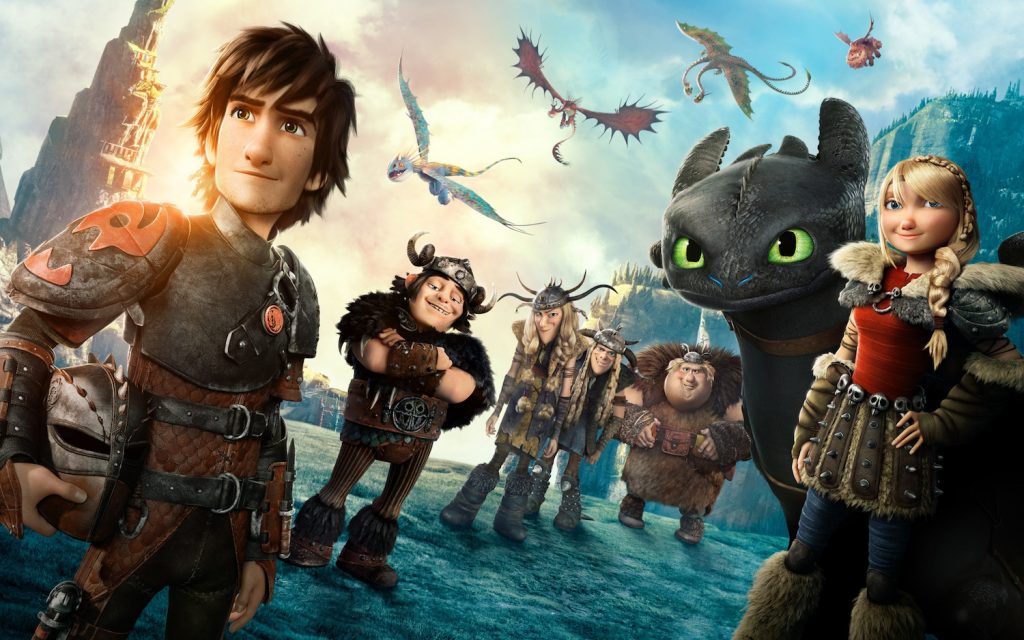 Someone once told me that animated films are for children. I tried to convince them otherwise, but they would not be swayed in their obstinately anti-animation opinion. That was several years ago, but the memory still clings to my mind because it left me feeling a profound sense of sorrow. Not because that person thought animated films were for children (some of them are very much geared toward a younger audience) and not because they didn’t like the movies I was referencing; no, the reason I felt, and still feel sorry for this person is because they willfully denied themselves the chance to experience one of the purest expressions of the human soul.

Of course, not all animated films are created equal. There are some that make anyone above the age of five roll their eyes and groan in their seats, waiting for their 90 minute torture session to end, and then there are others that just take your breath away with their depth and beauty. Pixar is the first studio that jumps to my mind as one of the leading animation houses, because their films transcend the animated genre. Wall-E, Up, Finding Nemo, The Incredibles, Toy Story 3 – these are stories that grip you and stick with you, not because you watched them as a kid and are influenced by the nostalgia factor, but because they don’t speak down to an adult audience. They lift us up. They make us stop and think, to consider an idea that we’ve always known we held, a truth that we’ve always believed in, we just didn’t realize it until that moment.

How to Train Your Dragon 2 is one of these films. 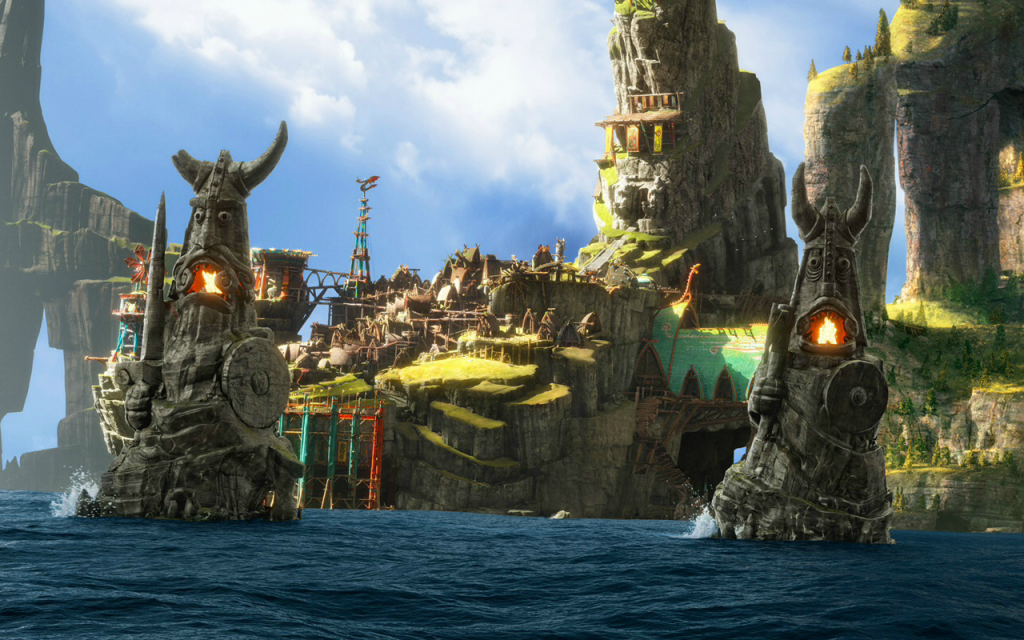 Having a deep love and appreciation for the first How to Train Your Dragon film, I will admit I was highly skeptical that DreamWorks – the studio also responsible for the groan-worthy Puss in Boots and Shrek 4 – could top what they had achieved with the first one. Dragon 1 was the first time the studio ever stood toe-to-toe with Pixar in my mind, and it took me completely by surprise. With that movie, DreamWorks delivered a powerful coming-of-age story, in which the main character, Hiccup, comes to terms that he is not like his mighty Viking father, and that the blindly-hated dragons were not so deserving of the Vikings’ historical hatred. It was a story that showed audiences that being different doesn’t warrant our fear or contempt, but rather our love and acceptance. It managed to do this long before Disney’s Frozen exploded on the scene, and the sequel takes it to a whole new level.

Dragon 2 is a natural extension of the first film, opening with Hiccup’s iconic narration greeting the audience five years later, showing a world where Vikings and dragons are now living in peace and harmony with each other. It’s a dream come true for Hiccup, the hero who so valiantly fought against his stubborn father, Stoic, for this peace, but now Stoic – who has accepted his son as the non-traditional Viking that he is – wants more from him. As his only heir, Stoic wants his son to step up and become the new chief of the Vikings, but Hiccup isn’t sure that’s what he wants or what he’s meant to do, so he does what every young hero does. He runs away to figure things out on his own, only to end up running into trouble.

This story could have easily fallen prey to the clutches of cliché, but instead of collapsing in on itself, it soars as it tells the powerful story of a man becoming not what his father demands, or what society expects, or even what he thought he was supposed to be. The journey of Hiccup is one that we’ve all experienced. It is a tale filled with joy as he is reunited with loved ones whom he thought he’d never see again, and heartbreak as he is savagely separated from those he thought he’d never ever lose. And this story is powerful because we have all been right where he was – because, honestly, all of us are still in that same boat! It is powerful because it is real. It is powerful because it is true.

This is not a Disney film. This is not a Saturday morning cartoon. This is not a bright and cheery, happy go lucky, sunshine and puppies movie. This is an utterly gripping, entirely human, punch you in the gut, fill your eyes with tears story, brought beautifully to life by the incredible animators at DreamWorks. Unless you have a senseless bias against animation, chances are you will forget this is an animated film because it feels so real. Not just in terms of photorealism, but in terms of how fleshed out and alive this world and its characters are. You feel a connection with these characters, a human bond that causes you to shout with joy at their triumphs and feel the pain of their failures. 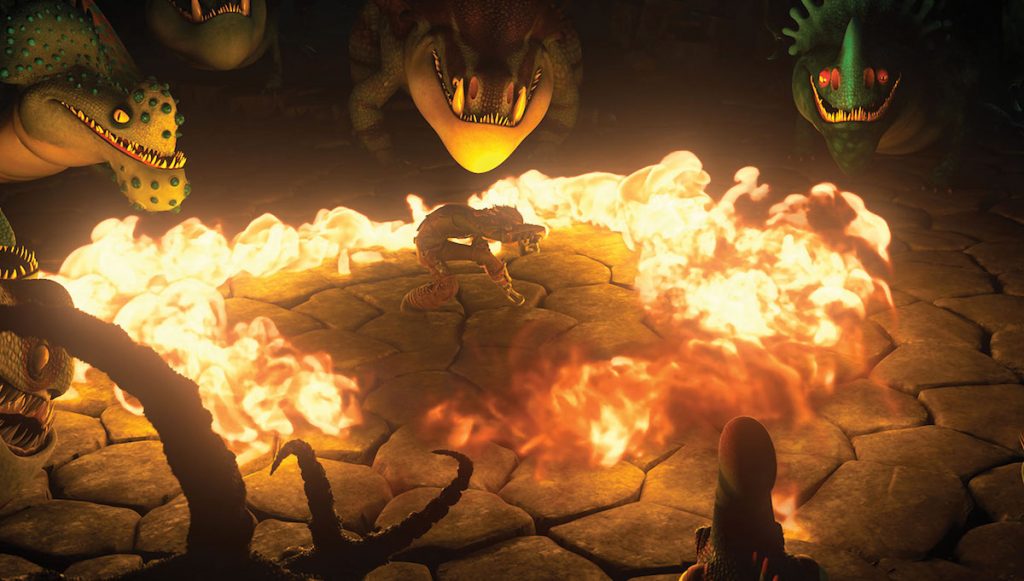 I could talk for hours about how much I love this story and how beautiful it is by giving away very detailed, spoiler-filled examples, but I won’t because it would damage your experience and connection to this film. But I will say that this film can and does stand toe-to-toe with any and all live action films, and that it should not be looked down upon because it is animated. Many of the live action films we all love and adore are riddled with digital effects, but few are as visually impressive as How to Train Your Dragon 2, and even fewer have the heart this film has.