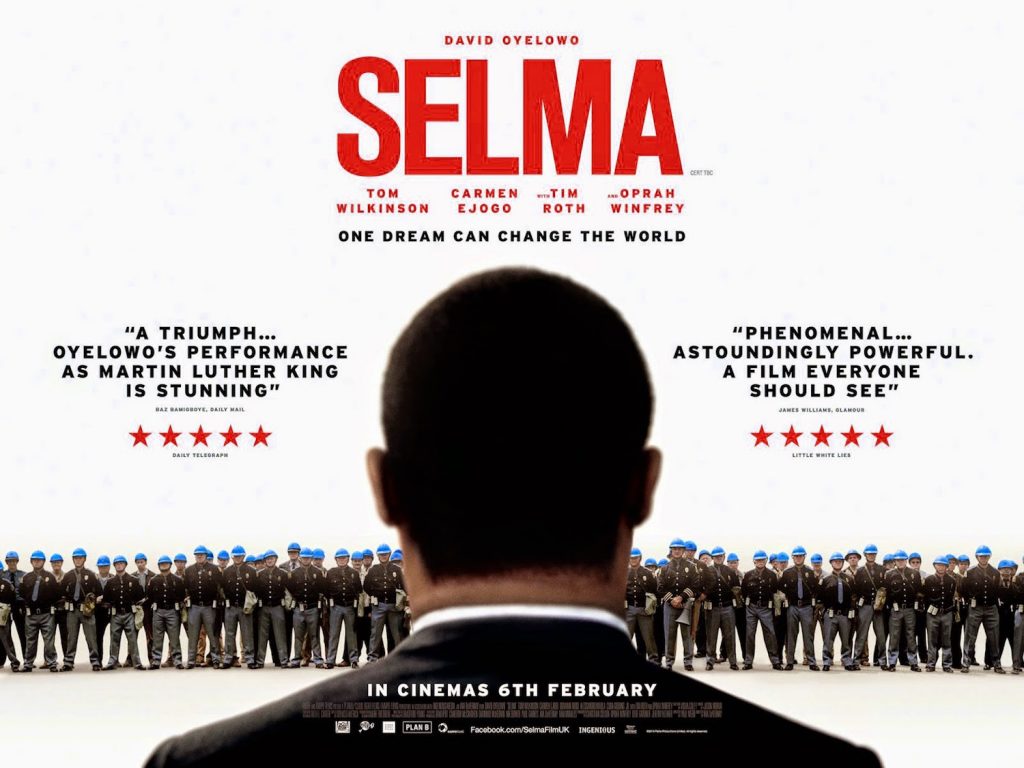 Having just returned home from the theatre after seeing Selma, my mind is a maelstrom of thought. My first reaction is that this film is a masterpiece of cinema and storytelling, and now I know why there is such an outcry about it being snubbed by the Academy. For starters, David Oyelowo gives an utterly captivating performance as Dr. King. Each time he delivered one of his (several) rousing speeches, the whole of my being rippled with goosebumps, and my core radiated heat from the fervor of his words. It felt like I was sitting in the same room as him, and more than once I almost clapped out loud with his on-screen audience. This man was born to play this role, and I truly believe that he should have been nominated for Best Leading Actor, and that he easily could have won that award.

I also believe that Ava DuVernay should have been nominated for Best Director. Not because she is a black woman. Not because of “progress” and “equality.” But because I don’t think anyone could have delivered such a cinematic marvel as she has constructed with Selma. Just as I was moved by Oyelowo’s performance, I was equally enthralled by the cinematic and artistic direction this film was given. Each shot is beautifully framed, elevating the movie from what could have been an overly melodramatic tale to one of true artistic merit.

One scene that struck me as particularly powerful is when Annie Lee Cooper (played surprisingly well by Oprah Winfrey) is falling backward towards the concrete after being thrown down by a couple of police officers. Everything moves in slow motion, and you can actually feel the pain in her face, you can hear the anguish in her silent wail. Another scene is when Dr. King is arguing with President Johnson (played by Tom Wilkinson). Each character is facing the other, arguing over the issue of civil rights, and hanging on the wall between them is a portrait of President George Washington. DuVernay could have shot that scene from any other angle, but I believe she chose that shot with purpose. It visually reminded the audience that the struggle for freedom is one that Americans have fought for since before this nation was even founded. 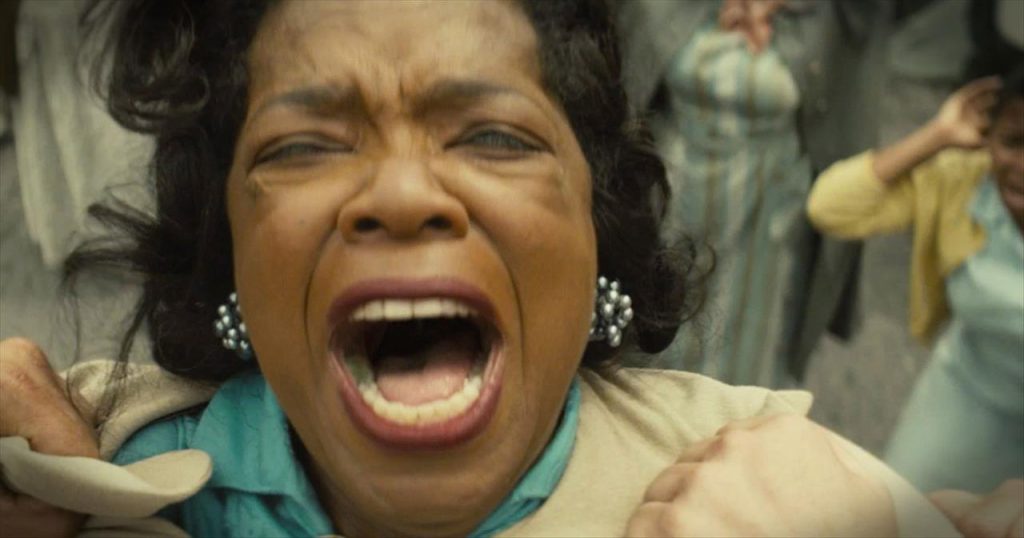 There are many, many other such scenes I could go on and on about — and don’t even get me started about how DuVernay played with light and shadow — but it really all boils down to the simple fact that this is a beautifully shot film acted out by brilliant actors. It is a true tragedy that the Academy snubbed it so harshly.

Beyond the Oscar drama, though, I believe this film could not have come at a better time in our country.

You don’t even remotely understand what this movie is or what it represents. 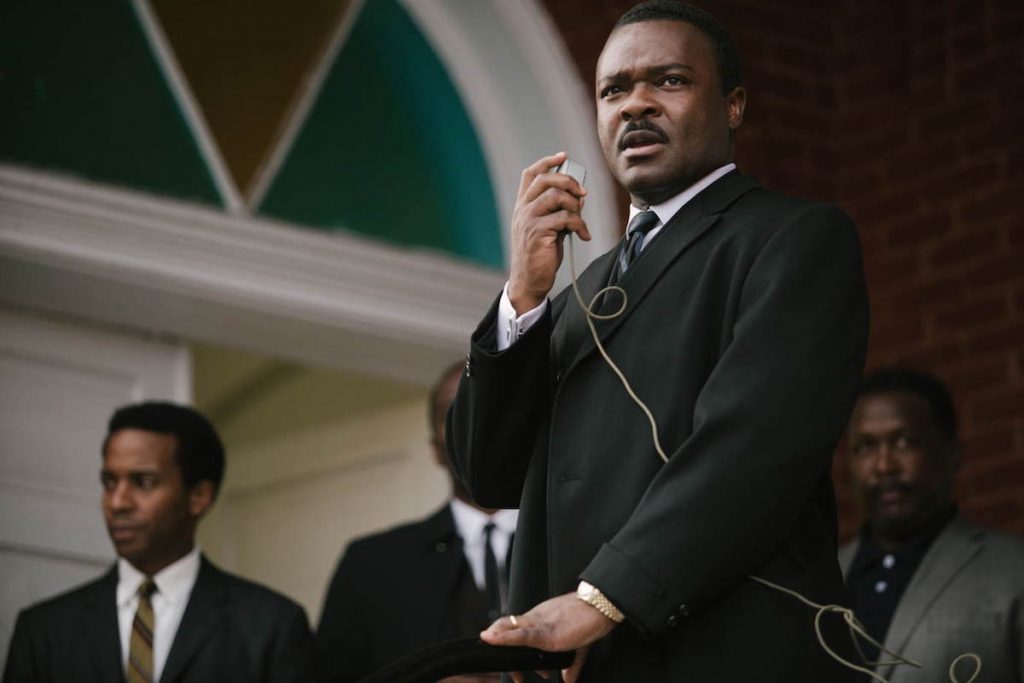 What this film is not, though, is a finger-pointing blame game of white versus black. It is not an unforgiving story of how terrible the whites treated the blacks. I will admit that I was afraid this would be one of those movies where the unspecific “white man” was made out to be the enemy — but I am so thankful my fears were unwarranted. Because the unspecific “white man” was not the enemy.

The enemy, as Dr. King powerfully orated in the film, was the white man who willfully denied the black people their freedom to vote. The enemy was the white man who sought to physically harm and kill black people. There was no blanket cast on an entire race. This was not a film that strove to instigate a race war. The only people who stood accused in this film were those who stood in the way of freedom. What was particularly striking to me, though, was the indictment of those who remain silent when freedom is under siege. 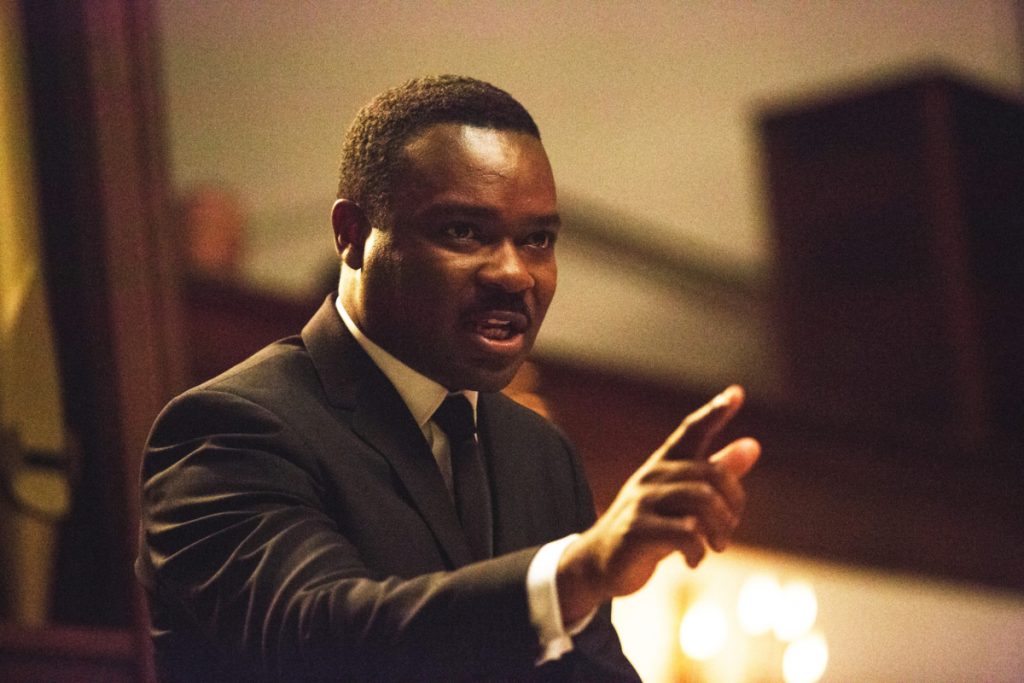 Not only did Dr. King denounce those white people who were deliberately attacking the peaceful protestors of Selma, he furiously called out white pastors across the nation who preached and taught from the Bible every Sunday while remaining silent as their black brothers and sisters in Christ were being persecuted in the streets — something that I believe is still happening today. Dr. King also called out his black brethren for staying home and keeping quiet when the world needed to hear their cries of freedom.

Freedom can only happen if you stand up and demand for change, and that’s exactly what this movie advocates. It did not advocate riots in the streets, nor did it advocate violent retaliation against an oppressive white police force. Both of those issues were brought up, and both were met with the message of peace and nonviolence. And I loved how the point was brought up that peaceful protest is not an act of submission; it is an act of power, and it speaks so much louder than violence. 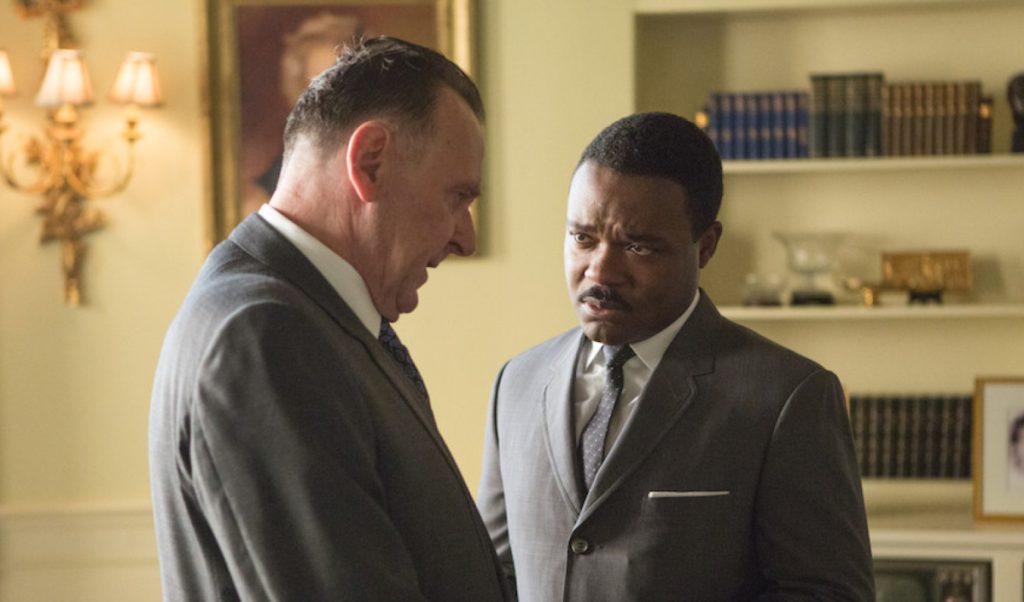 It is scary to think that there was a time (not so long ago) when black people were treated as if they were lesser-human beings. It’s ugly and scary and uncomfortable, but it happened and I think that a story like Selma is one that needs to be told. As the saying goes, “those who cannot learn from history are doomed to repeat it.” That doesn’t mean we should maliciously trudge up the past and hold generational, hate-fueled grudges. It means we should take a step back and learn from the past — from our shared American history. We must acknowledge that these things (as horrible as they are) actually happened, and then we need to figure out how to move forward.

That’s what this film offers.

I believe Selma is in the unique position to help shape America’s past, present, and future perspective on the issue of racism and freedom. Yes, our history is ugly, but we don’t have to let it divide us — and we shouldn’t. There is no “us” and “them.” There is “we the people,” and that is the message that Selma delivers. It is a message of hope born from a story of struggle — and it is a message that we all should hear.

And if you can’t hear it, then you need to learn how to listen.