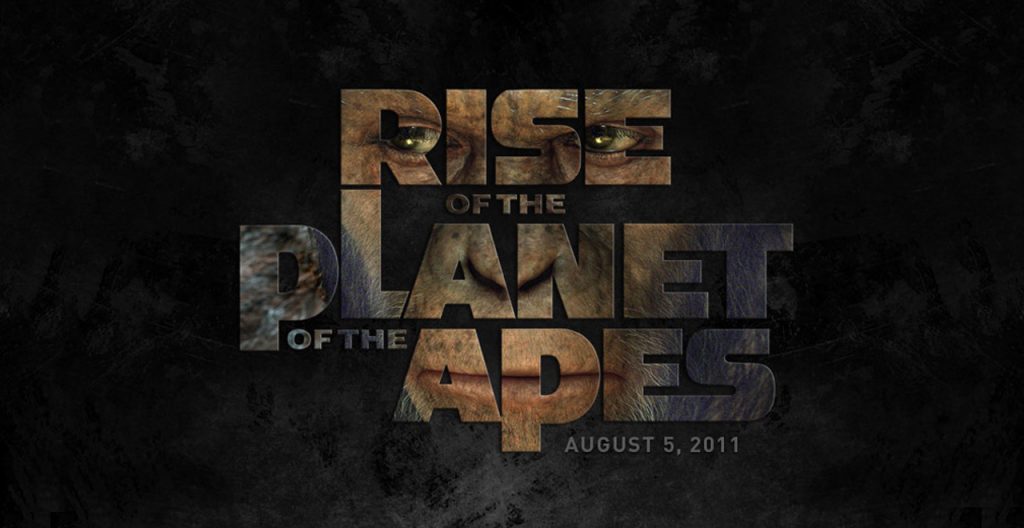 In an age where Hollywood has deemed they must reboot/remake every existing movie franchise known to man, it was no surprise when word got out that the Planet of the Apes was getting a fresh coat of paint, and the general consensus was a collective groan. After all, the classic tale had already seen a remake once (*points at Tim Burton and Mark Wahlberg*), and though it fared well financially, fans of the original cried out in rage at the blasphemous Burton tale. So, with the waters already tainted, Fox had two options for proceeding with the franchise: produce a sequel, or reboot it.

Fox chose the latter. And I am ever grateful that they did.

Despite some of the horrible reboots afflicting Hollywood these days, Rise is surprisingly good.

No, I take that back.

Rise of the Planet of the Apes is exceptional. Hands down one of the best movies of 2011, and by far the best movie of this summer – and I’m not just saying that because I liked it (which I did). No, this movie is a hallmark of modern cinema, one that focuses on character-driven plot and development instead of over-the-top explosions and full-throttle action sequences. And while I have nothing against movies like that, oft times they sacrifice the story and the acting for bright lights and loud noises.

Such is not the case with Rise. 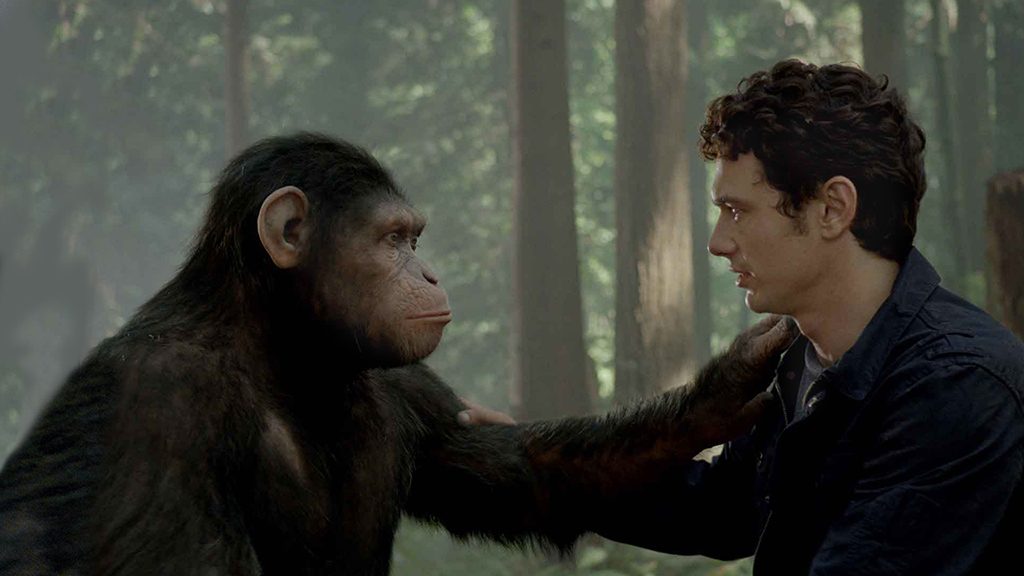 Rise of the Planet of the Apes excels in several areas, but first and foremost is the acting – specifically that of Andy Serkis. His portrayal of Caesar is not only mesmerizing, but it’s believable, and this is largely due to his subtle and nuanced motion-capture performance as the ape-leader. He completely throws himself into the role, perfecting it down to the twitches of his brow, the rolling of his eyes, and the deft movements of his fingers. He becomes Caesar, and the end result is astonishing. However, as convincing as his acting may be, we mustn’t forget the team at Weta Digital and the use of their performance capture technology.

Caesar looked real – as did all the other apes – and this is because of Weta’s expertise in the realm of digital effects. For this movie, they built on (and improved) the technology they used for filming James Cameron’s Avatar (another milestone in terms of digital effects), and without their hard work this movie would have failed. Serkis’ performance was brilliant, yes, but the graphics needed to be equally impressive. 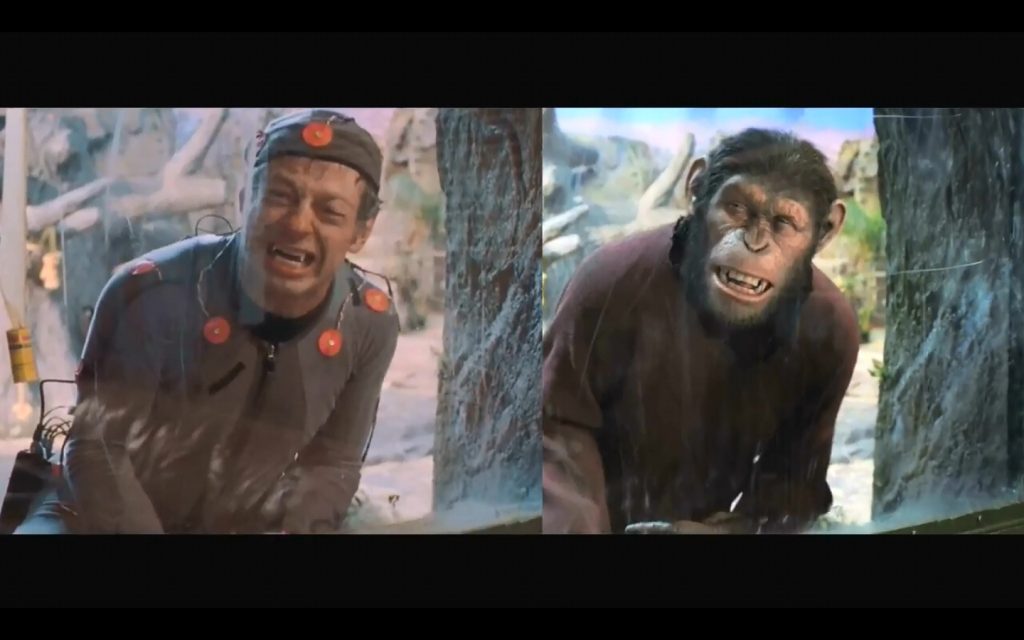 Now, putting Serkis and Weta aside, what more is there to this movie? I’ve heard some people say that the film is not as good as it could have been, citing Franco’s performance as a scientist unbelievable, and that the overall story didn’t fully deliver. Both points are perfectly valid, and I’m not here to bash either opinion; however, let me be clear in saying that I believe those people are mistaken. Franco delivered a great performance, and he showed an appropriate range of emotion when needed. Was it Oscar-worthy? Of course not – but that’s not the point! He’s not the star of the film, Serkis is, and in a movie that focuses on apes (not humans), that’s all that matters. 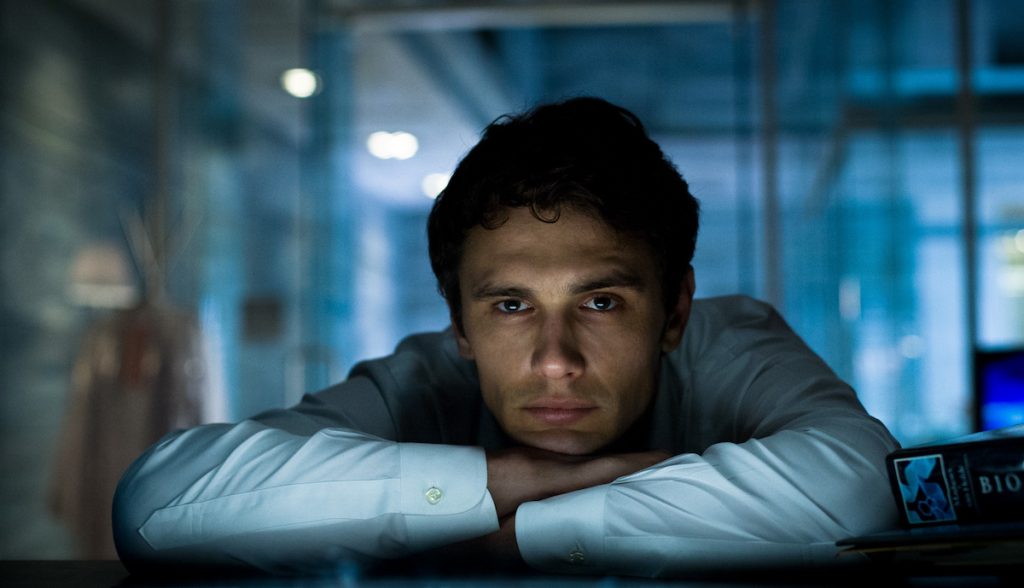 But what about the story? Was it really great, or did it fail to deliver?

I say yes. I believe the story is fantastic, and that it delivered in every way possible. Never was it far reaching, nor did it require the audience to suspend reality or believe in a fantasy; it was gripping, realistic, and focused. Not once was I lost or wondering what was going on, nor was I required to piece the story together; that’s not to say the plot is simplistic, though! It was well thought out, and well executed, and I commend the writers and the director for delivering such a polished piece of cinema.

And speaking of the director, I would like to point out that Rupert Wyatt’s cinematic vision for this film was simply phenomenal. More than once was I floored by his cinematography, and the symbolism throughout the film was sublime. Where some directors would have chosen large action set-pieces and explosions, Wyatt handled the movie with an elegant and gentle touch, and for that he gets my props. 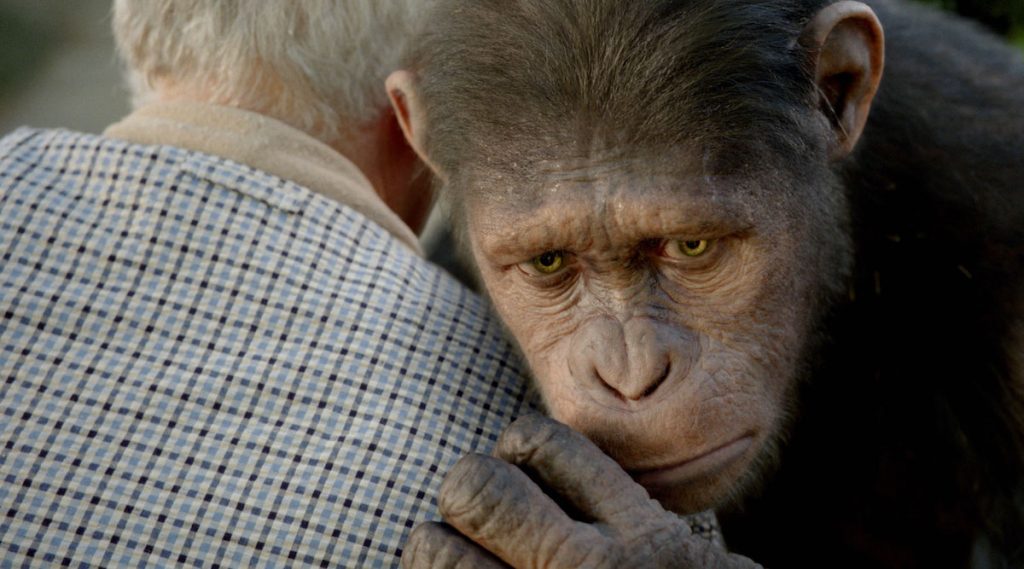 But we can’t forget the music! Veteran film-composer Patrick Doyle was brought in to score the film, and he delivered an ace soundtrack. Past works of Doyle’s include Harry Potter and the Goblet of Fire, and, more recently, Thor, and while those were both excellent soundtracks, I believe the music in this film is some of his best work yet. The music of Rise complemented the film perfectly. Like any good composer should, Doyle captured the essence of the movie in his music; every emotion that the audience feels while watching this movie – from excitement and surprise, to sadness and longing – Doyle enhances with his score, causing said emotions to rise up within you (see what I did there?).

By and large, Rise of the Planet of the Apes has been my favorite movie of 2011 – beating out hard-hitting contenders such as Thor and Harry Potter 7.2 – and I would highly recommend you check it out. Seriously, you will not be disappointed.