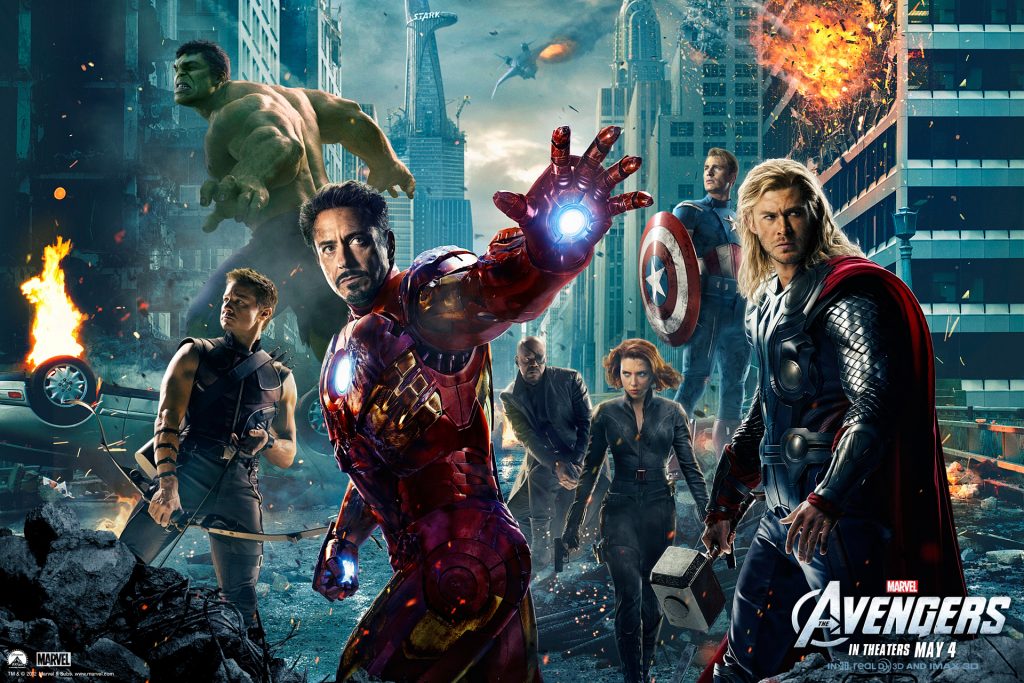 Starting with the film debut of Iron Man in 2008, Marvel fans have watched their beloved Avengers come to life one-by-one in cinemas across the globe. And while some did not fare as well as others, all were accepted with the promise that fans would get to see these heroes unite on one screen for an unprecedented superhero mash-up.

That movie is The Avengers.

And it is insane.

Now, before I delve any deeper, I will say that it is a necessity that you watch all the other films leading up to this – that is, Iron Man, Iron Man 2, Thor, and Captain America: The First Avenger – except for The Incredible Hulk. All you need to know is that he’s the Hulk, and watching the movie is pointless because the actor/character is completely different in The Avengers.

With that said, let us begin, and I shall begin by saying that this movie is one of, if not the greatest superhero movie of all time. As far as the story itself goes, I don’t want to divulge too much information. All you need to know is that Loki is back, and he has plans for taking over the Earth. And while that might sound cliché, this movie has all the elements you need for a perfect superhero movie – excellent acting, a brilliant script, amazing graphics, incredible explosions, epic choreography, jaw dropping cinematography, and fantastic music – all fused together with a never-overwhelming sense of comic book nerdiness and fun. And boy is this movie fun! I remember loving all the previous Marvel movies, but this movie takes the cake. 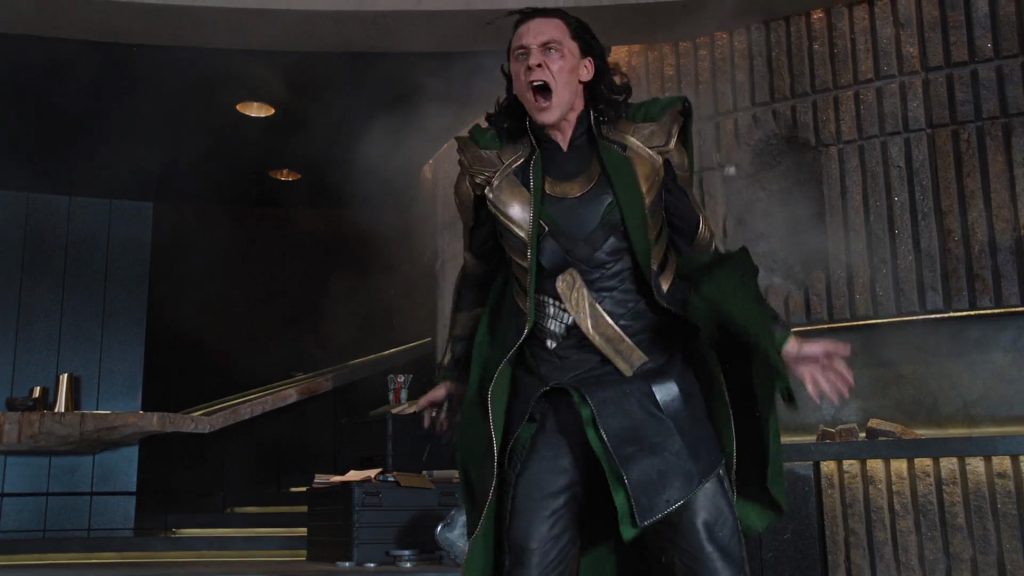 This movie seamlessly blends a group a highly diverse and independent heroes together into a cohesive and functioning unit. Such a feat, and whether or not it could be pulled off in a movie, has been the subject of many a hot debate, but the fact of the matter is that it worked. And it worked perfectly. This is largely because of director/writer Joss Whedon. He crafted a movie that the world has never seen before – he assembled the Avengers – and the result works so damn well. 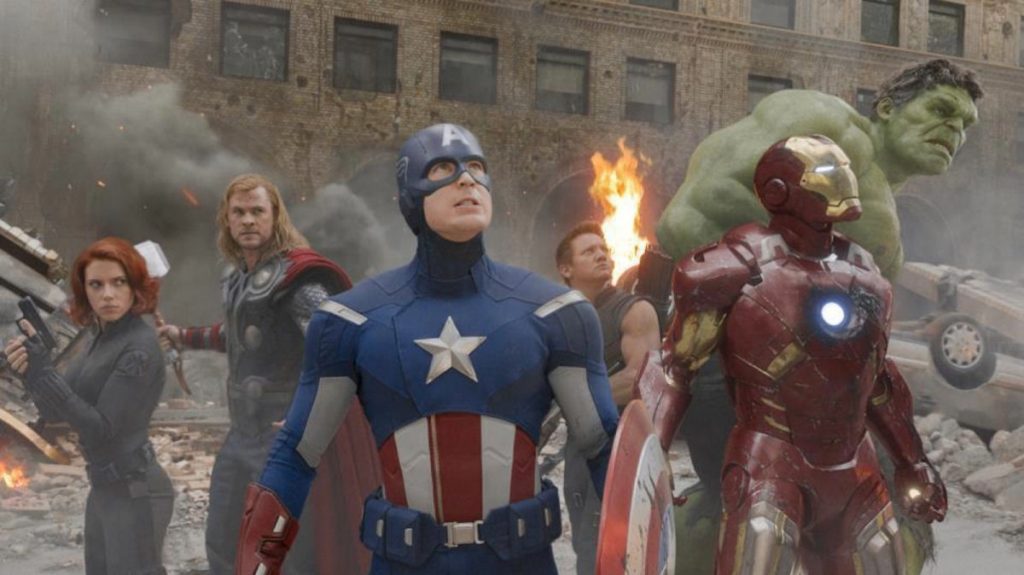 But a director is nothing without a set of actors, and this set of actors is the cream of the crop. Robert Downey Jr., Chris Evans, Chris Hemsworth, Mark Ruffalo, Scarlett Johansson, Jeremy Renner, Tom Hiddleston, and Samuel L. Jackson all ignite the screen, but one never dominated the other. There are character clashes for sure – which will surely make fans geek-out – but overall the set of actors, and their characters, work and play off of each other extremely well.

The dynamics between all of the characters are amazing to watch on screen – Cap and Iron Man, Iron Man and Hulk, Hulk and Thor, Thor and Loki – and the actors exceptionally execute these scenes. All the quirks and mannerisms you have come to love from these characters are here, and the result is a two-hour and twenty-minute long banter.

However, while everyone is sure to love Thor and Iron Man (who doesn’t?), I would daresay that Black Widow (Johansson) and Bruce Banner/Hulk (Ruffalo) steal the show; Black Widow undergoes tremendous character development in this film (making me want a Black Widow solo movie!) and the dynamic between her and Banner is surprising and wonderful. 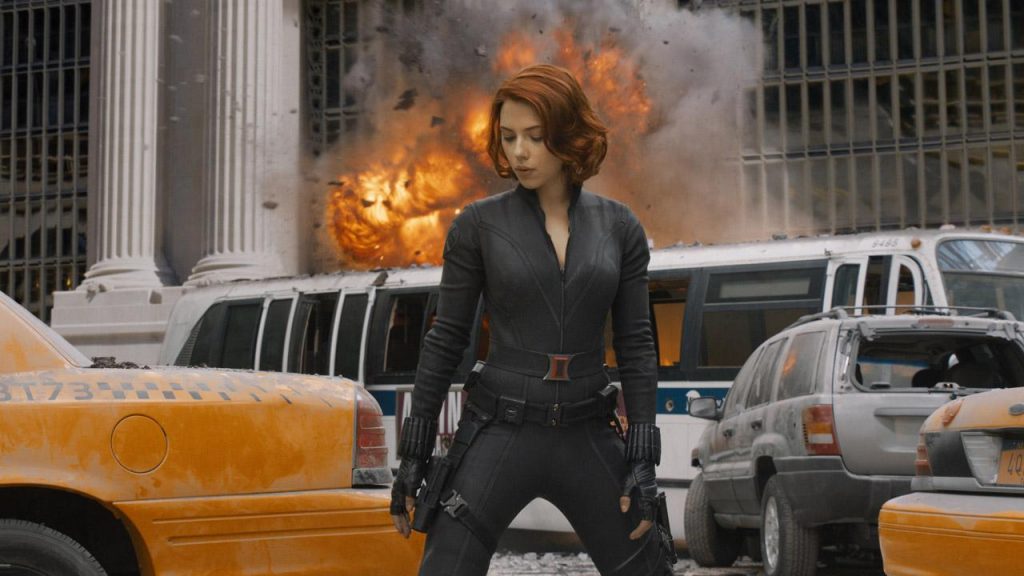 And despite my worry that Ruffalo couldn’t handle the Hulk, his version of the scientist/monster is officially my favorite. He brings a certain quality to the character that previous actors have not in the past, and I believe he meshes much better with the group as a whole. I loved Edward Norton’s solo performance, but I just don’t see how he could have fit in as well as Ruffalo does. 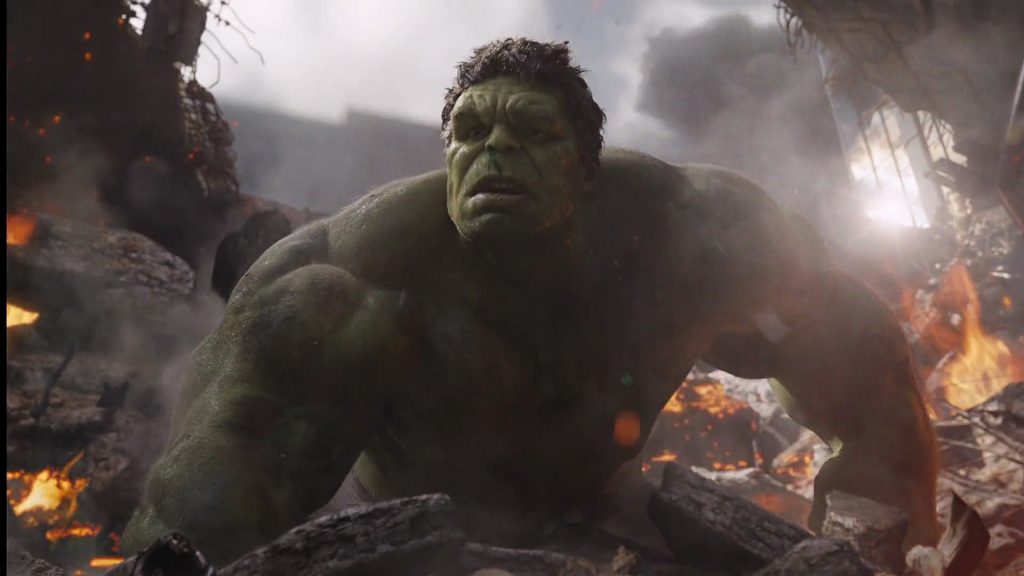 I also really liked how they handled Captain America’s transition into the modern world. He’s a character still haunted by his past, overwhelmed by the present, and yet he remains a defender of justice. He fights for his country, to protect humankind, and in the midst of all the struggle and chaos, he rises to the occasion. Evans handles the role with a good-ole-boy charm – a role that is completely different from The Human Torch – and he shines even brighter because of it.

Overall, I was more than pleased with The Avengers, and I’m stoked to see what happens next. According to Marvel, the next set of movies is Iron Man 3, Thor 2, and Captain America 2. It will be interesting to see how all of these characters move forward from this, and whether or not they’ll be back for another mash-up (but, if the post-credits scene is any indication, they will be back).