Warning: A non-numeric value encountered in /homepages/28/d647299303/htdocs/app647299351/wp-content/plugins/social-media-buttons-toolbar/inc/php/enqueue.php on line 31
 Muddlers Beat Volume 1 Review | Literally Everything Is Outside My Comfort Zone - Timothy Writes
Skip to content 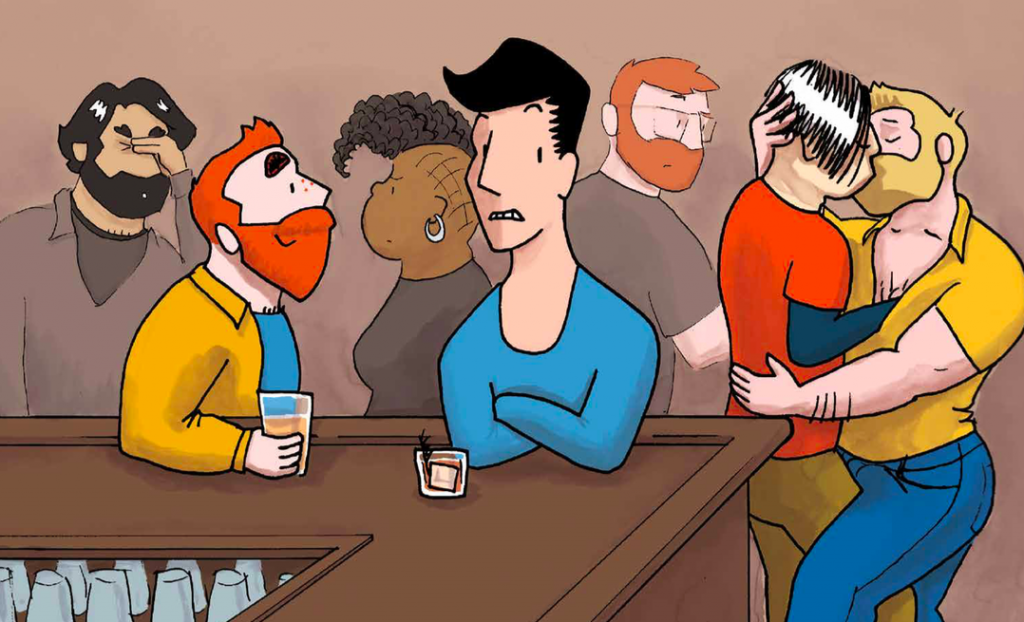 I love comic books. I think they’re an incredibly inventive medium through creators can tell some of the most unique and compelling stories – from the artistry, to the page layout, to the placement of the text bubbles. I love seeing how all these different elements come together to tell a cohesive story, even though I don’t read as many as I should. I grew up reading the funny section of the Sunday newspaper, and for quite a few years I followed the online comic Ctrl+Alt+Del as if it were my religion.

But I was never the comic book kid. I read wiki entries for popular DC and Marvel storylines, but I didn’t have a collection of books. Even now, the only series I stay current with is Avatar: The Last Airbender because I can’t get enough of those characters and world. So, when Tony Breed sent me a review copy of Muddlers Beat Volume 1 (a compilation of his online comic, Muddlers Beat) I was super excited to dig into it to see what he had concocted – and I must say, I was thoroughly impressed.

I didn’t really know much about Tony’s comics until he sent me Muddlers Beat, so I didn’t realize it’s a continuation of his online, LGBTQ-focused series Finn & Charlie Are Hitched. Thankfully, my ignorance didn’t hinder my enjoyment of Muddlers Beat or diminish my capacity to empathize with the characters – if anything, I now want to go back and read what I’ve missed out on, because I honestly fell in love with all of these characters.

Literally Everything Is Outside My Comfort Zone is actually a quote from one of the characters in this volume, and it perfectly sums up the tone Breed strikes in his book. For those who might not know, Muddlers Beat follows the stories of Finn and Charlie, Ken and Corey, Krys and Jake, and all of their other friends as they try (and struggle) to find their place in the world.

“It’s not fair you guys have it all together and I’m still just muddling through it all.”

“Seven months out of college and I’m barely employed. Plus I live with my parents.”

This opening exchange is immediately resonant for anyone who feels the grip of imposter syndrome, or the pang of anxiety that comes with an unknown future. I know from my own experience that I question just about everything that I do, so I immediately clicked with these characters and became invested in their lives as they navigate relationships, change jobs, become parents, and just try to be true to their most authentic selves (I’m sorry, I know it’s a dumb millennial phrase, but it’s true). It’s a narrative feat that can be difficult to achieve, and it’s one that Breed seems to do with seemingly effortless ease.

The most recent, immediate comparison I can make for Muddlers Beat is Aziz Ansari’s Master of None, and I mean that as the highest of compliments (I’ve actually watched Master of None 3 times in the last 12 months, and I’ll probably end up watching it again before the year is out). Both are slice-of-life series that drop you in the lives of their characters, right in the fray of it all, with little-to-no backstory, and they work because the characters are written so strongly.

In this comic book, each of the characters face their own host of everyday, relatable challenges. Krys struggles with single life and dating. Ken and Corey are trying to figure out who they both are inside of their relationship. Finn and Charlie cope with the loss of their pet, and the excitement of becoming uncles. These moments feel real, because they are real. We’ve all dealt with these issues at one time or another, and it’s refreshing to see a reflection of yourself and your struggles in a comic book that doesn’t involve over-the-top jokes, or superpowers, or whatever. The story is grounded, the characters are authentic, and the jokes that are there will make you cry from laughing so hard (not gonna lie, I got a few looks in Starbucks).

That all being said, it would be remiss of me not to mention Breed’s delightful art style, which I adore. His characters are as expressive as they are unique, and the way they interact with each other feels natural and genuine. If you’re not a frequent comic reader, you might scoff at such a notion, but these oddly proportioned characters really do look and feel human, making it all the easier to connect with them and get lost in the story.

The way the comic is laid out is also delightful – from the framing to the text bubbles. Truth be told, I got the warm and fuzzies while reading it, because it reminded me of how I felt as a kid reading Sunday morning comic strips. Like, I don’t want to compare it to other comics because it is so different than anything I’ve ever read, but that nostalgic feeling doesn’t really happen with me and comics. It just resonated and made me feel a little more understood.

Final verdict? Muddlers Beat works because it has the weight of shared experience behind it – we’ve all been in, or have known someone in the situations presented – and Breed doesn’t shy away from exploring deep, intimate issues that raise the question of “what does it mean to be human?” And, thankfully, he doesn’t try to give a canned answer, or a simplified response. He simply steps back and gives the characters enough space to breathe between the (delightfully drawn) panels as they sort through their shit, and they become better people in the end because of it. It still surprises me when I think about it (and this is just Volume 1) so I’m definitely going to get caught up and follow this series as it continues to release.