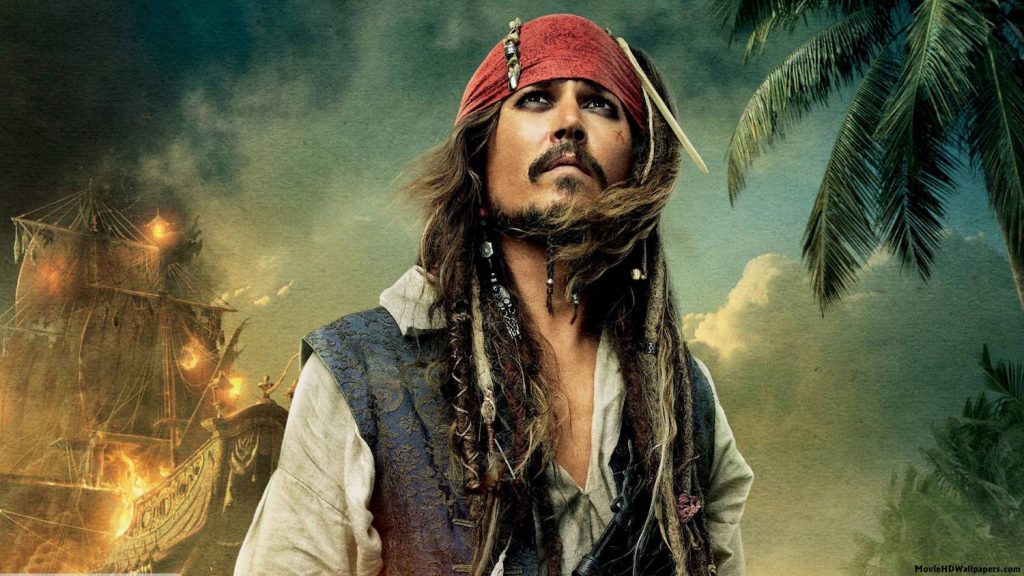 Most of the time I don’t see movies on their opening nights – it’s always incredibly busy and I hate noisy crowds – but on a whim I decided to see the late show of Pirates of the Caribbean: On Stranger Tides with a friend. Going in, I didn’t have very high hopes for the film, especially after I saw the first trailer, but I allowed myself to have an open mind. They did, after all, get a new director, it was a new story (no Will and Elizabeth!), and it has Jack Sparrow – it had to be good!

So, was Disney’s latest sea-faring adventure as legendary as his first, or did it plummet down to Davy Jones’ Locker?

Unfortunately, this movie just didn’t come together, and the filmmakers delivered an utterly soulless entry in Disney’s cash-cow summer franchise – which is a real shame, because this movie had the potential to resurrect the franchise from the abysmal ending that was At World’s End.

The movie picks up right where the last one ended, which left Jack in the possession of a map to the Fountain of Youth; it seems, however, that Jack has hit a bit of a wall in his search, so he enlists his first mate Gibbs to help him gather a crew. But Jack’s not the only one who’s searching for the Fountain! The Spanish, the British, and Blackbeard himself are all looking for the Water of Life, so it’s a race to see who gets there first! But was it a race worth watching? 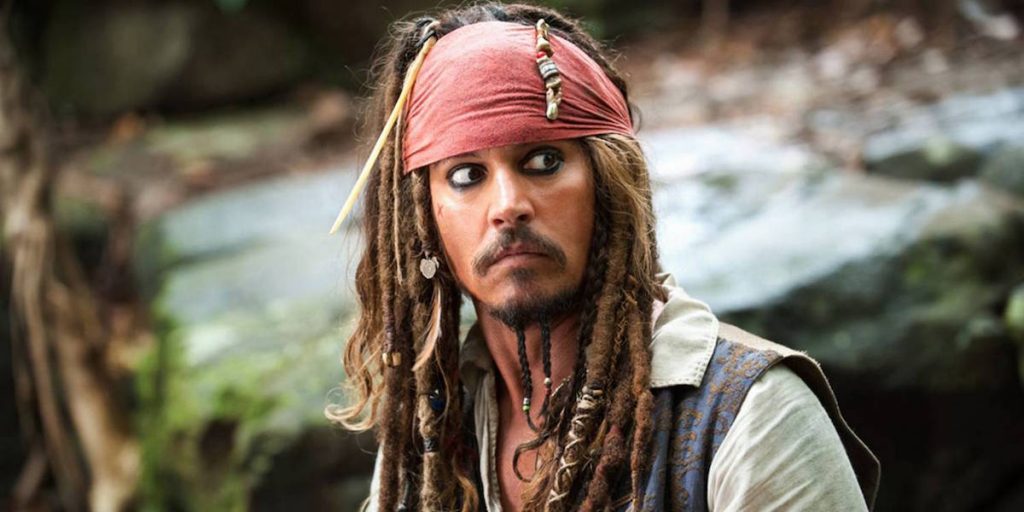 The biggest problem that I had with On Stranger Tides was that it tried too hard to be like the last three movies. Jack had a grand entrance; he gets forcefully recruited into doing something he doesn’t want to do, but really does want to do; throw in random love interest; add ominous villain; mix in secondary love-plot; sprinkle action scenes throughout; cap it off with an ending that leaves more to be desired, and you get your average Pirates film. And that formula was fine for the original movie, because that’s what it was – original.

Pirates 4 fails because it tries too hard to exactly like the original trilogy, instead of branching out and trying something new. Take the secondary love plot, for instance. In the first movie there was Will and Elizabeth, which worked really well because they played well off of each other and added sexual tension to the movie. The secondary love plot in this film involves a random missionary who gets captured by Blackbeard and falls in love with a mermaid (yes, it is as stupid as it sounds). One could argue that it had potential, sure, but the relationship felt like a shadow of Will and Elizabeth’s, which was actually substantial and added something to the story.

Other examples of this movie trying to be like the originals would be Blackbeard’s “zombified crew.” Yes, they are actually called his “zombified crew.” Now, I understand that, according to legend, Blackbeard commanded a crew of the undead, but these “zombies” added absolutely nothing to the story. Unlike Barbosa’s and Davy Jones’ cursed crews, which actually mattered, the zombies are simply there to cash in on the zombie craze and add a certain element of “scariness” to the movie. It would’ve been nice if the story explained how Blackbeard “zombified” his crew, or if they expanded on the idea, but they just said “he has a zombified crew” and never mentioned them again. Which is lame. 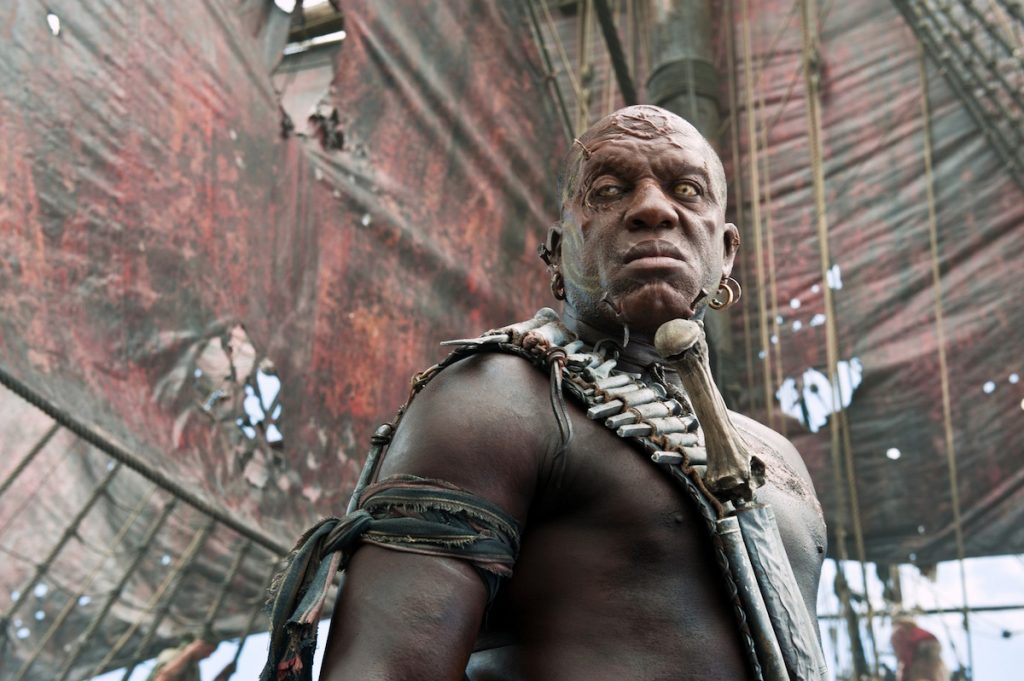 And speaking of Blackbeard, Ian McShane would not have been my first choice to play the scourge of the seven seas. After watching him in The Pillars of the Earth, I couldn’t help but picture him as Bishop Waleran, and his manner of speaking was almost identical, with a few pirate-y phrases thrown in, which was just plain weird. Not once was I scared by his interpretation of Blackbeard, nor did his “evilness” seem believable. And that’s the core problem with his performance; it wasn’t believable. Barbosa, Davy Jones, and Lord Cutler Beckett were all formidable antagonists in their respective movies, but Blackbeard fell short in his, which is a shame, because, had the writer’s chosen to focus solely on Blackbeard, I think the movie would have been a better success.

They also added a love-interest for Jack in the form of Penelope Cruz, Blackbeard’s first mate and daughter, and, like her father, her character was just as hollow. We never really find out who she is or where she comes from, only that she and Jack have a murky past and an even murkier future. That’s too much murkiness for my taste. Cruz’s performance, though, was good, and she had a few clever lines of dialogue, but I couldn’t shake the feeling that she was just an edgier Elizabeth Swan-esque replacement character. 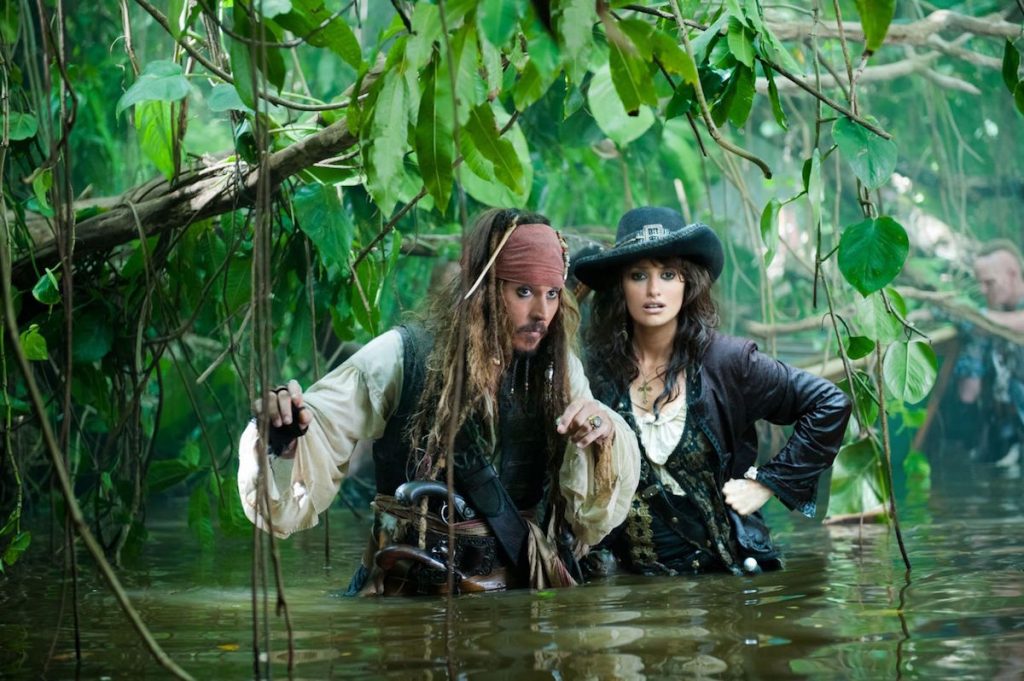 As I mentioned above, there were also two more subplots involving the Spanish Navy (which led to one of the most anticlimactic movie endings I have ever seen), and Barbosa and the British Royal Navy, in which the writers completely betrayed Barbosa’s character. Geoffrey Rush made the best of it, though, and his performance shines through just as strongly as it has in the past, but his character in this film was a hollow apparition of the Barbosa we came to know and love.

And if that didn’t seem like enough stuff going on, they even threw Keith Richards in there as Jack’s dad again, just for the heck of it! To be frank, there were just too many moving pieces in this film. Pirates 3 suffered from too much going on as well, but at least it had the first two movies to springboard from.

Lack of humor was another thing that killed this movie for me. The first film was fun, with an intriguing plot. The second film sacrificed some of the fun, but it gave us a deeper story. This movie tried to do both, and as a result it didn’t achieve either. Yes, Jack’s crazy antics were great and fun to watch, but they can only carry the movie so far! In my opinion, there needed to be a stronger story and less Sparrow (ala Curse of the Black Pearl, where he was not in every scene!).

Regarding the music, Hans Zimmer’s score was enjoyable; however, the best parts were the themes from the previous movies – and there were a lot of them! I heard elements from all three movies of old, used in the exact same context as they had been before (for example, they used the music from Barbosa’s cursed crew when they showed Blackbeard’s cursed crew). And that’s cool, I suppose, but it’s kind of sad when the best parts of a movie’s score are just recycled from the last ones. Thinking back, I can’t for the life of me remember any new theme of music in this film, which is rare for me, considering I had Davy Jones’ theme reeling through my head an entire week after I saw the second movie.

To conclude, I would like to say that this review is not a hate on Pirates 4 parade. This movie had a lot riding on it, as it was considered to be the “reboot” for the franchise, and it failed to deliver in almost every area. Which is really sad, because the original Pirates was so good! To be honest, about halfway through watching this movie, I couldn’t help but think to myself, “I’d rather be watching the original.” And that’s not something you want your audience to think when watching a reboot.