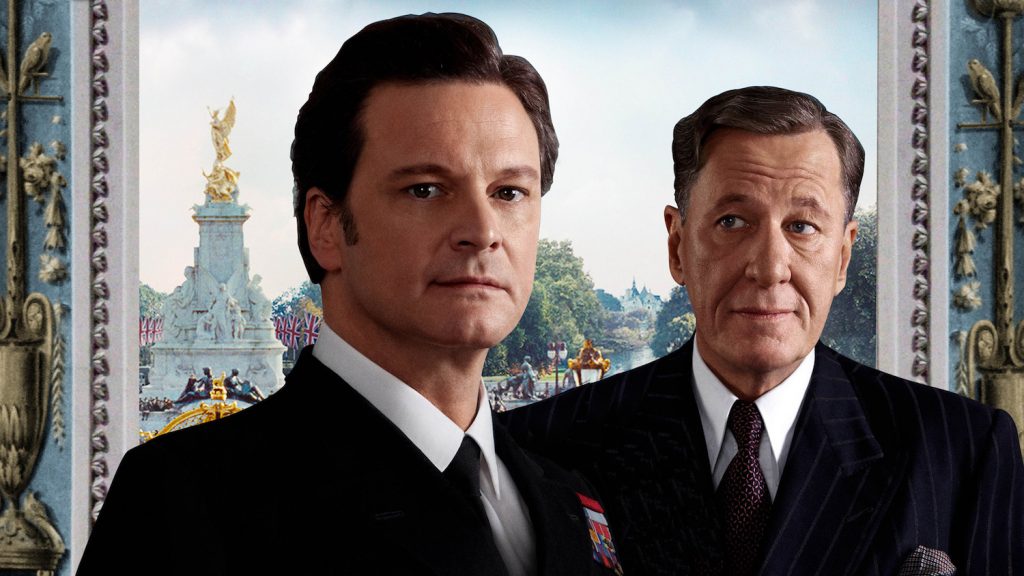 I’ll be honest, I really didn’t know what to expect from The King’s Speech. I knew it had won a few Academy Awards – including Best Director, Best Male Lead Actor, and Best Picture – and that Helena Bonham-Carter and Geoffrey Rush were co-stars. Other than that, I hadn’t really heard a lot about it. So what was my reaction after seeing a movie I knew virtually nothing about before hand?

I was blown away.

It was a subtle feeling at first, just me thinking, “Yeah, that’s a really great movie!” But the more I thought about it, the more I came to agree that it deserved to win Best Picture of 2010.

For those who don’t know, the basic premise of the movie is that Colin Firth’s character, Prince Albert, the Duke of York, has a debilitating stutter, and it’s up to Dr. Logue (played by Geoffrey Rush) to “cure” him of his ailment. I won’t say anything else regarding the plot, but one quickly grows attached to these characters and their dynamic relationship. 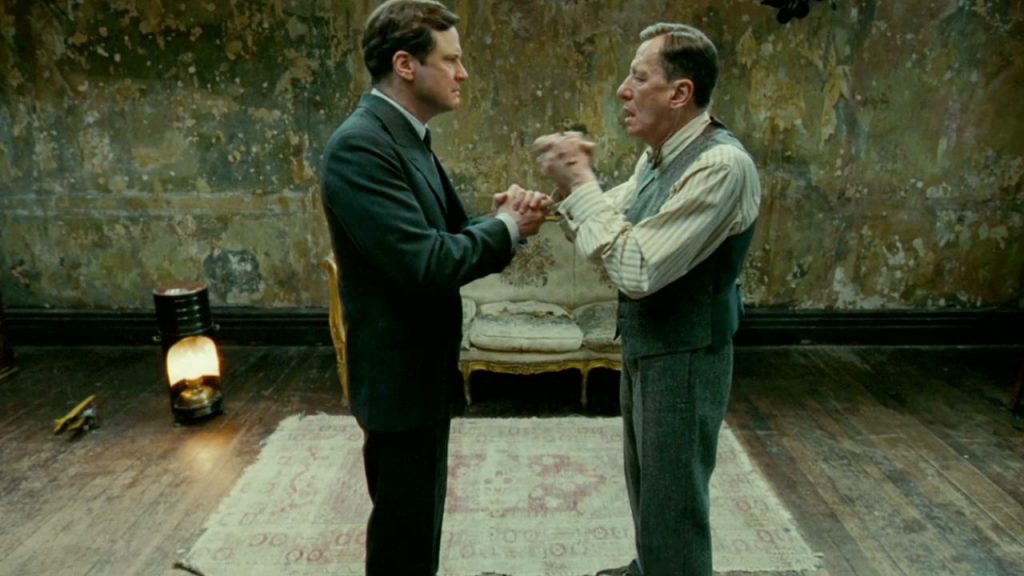 The only other 2010 Oscar Nominee I saw on screen was Jeff Bridges in True Grit, but his performance was nowhere near as captivating as Firth’s Duke of York. From the opening scene, you cringe with discomfort when he fails to give his first public speech, and your heart is filled with pity, for you could actually see the pain in his face as he struggled to find his voice. This inner turmoil is the central theme of the movie, and Firth embodied it in such a way that you could feel it in everything that he did. It really is remarkable.

But perhaps more remarkable Geoffrey Rush’s performance as Dr. Logue. Having never really seen Rush in anything but the Pirates films, I was rather surprised by how well he cleans up (he looks quite charming!), but his performance is what really blew me away, because he didn’t hold anything back. From the way he walked to the way he talked, Geoffrey Rush commanded complete attention in his scenes, even though he was only the “supporting character,” and it makes sense; his character’s job is to cure a member of the Royal family, a job only men of the firmest resolve could handle. 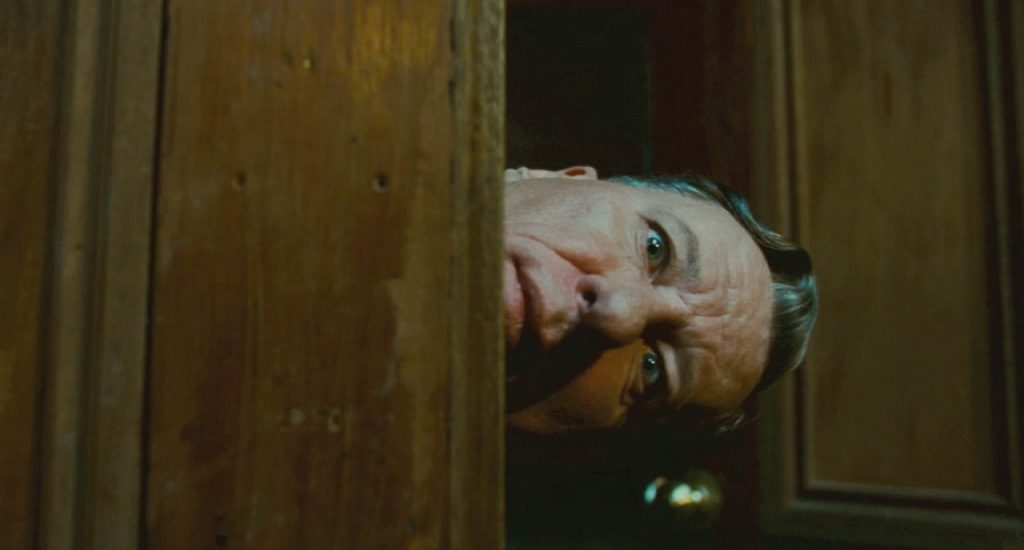 Other notable actors and actresses were Timothy Spall as Winston Churchill (aka Wormtail; an odd, but successful choice), Michael Gambon as King George V (who sounded/acted like a better Dumbledore in this movie than in any of the Potter films), and Helena Bonham Carter as Prince Albert’s wife. They all delivered stunning performances and helped elevate the movie to much grander heights. 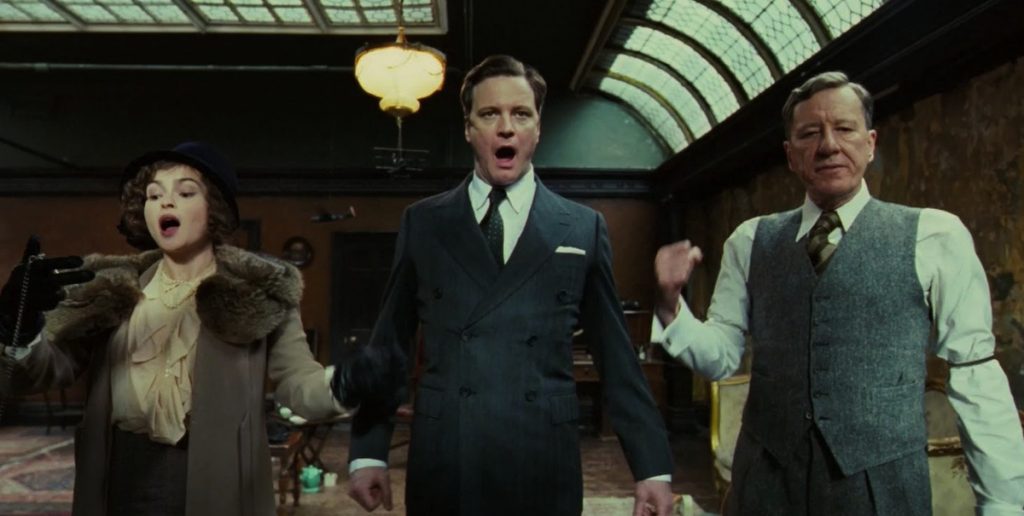 Another striking feature of The King’s Speech is the visual style. This movie uses wide camera angles to capture all the movement of the characters, and it almost feels like you’re watching a stage production at times. And, in contrast to all the bright, sparkly HD movies of today, the whole movie has a very dull/warm color to it, making it look/feel more like a vintage film (and I saw it on actual film, which made it feel even more so).

It didn’t just look like a vintage film, though. It sounded like one too. Composed by Alexandre Desplat (who did an incredible job with the latest Harry Potter film), the film’s score was simply amazing. Nominated for Best Original Score at the Academy, it’s mostly strings and piano, and the softly underplayed themes really capture and accentuate the emotion of Firth’s character (something I’ve found Desplat to be extremely talented at), and further set the mood of melancholy turmoil throughout the film. 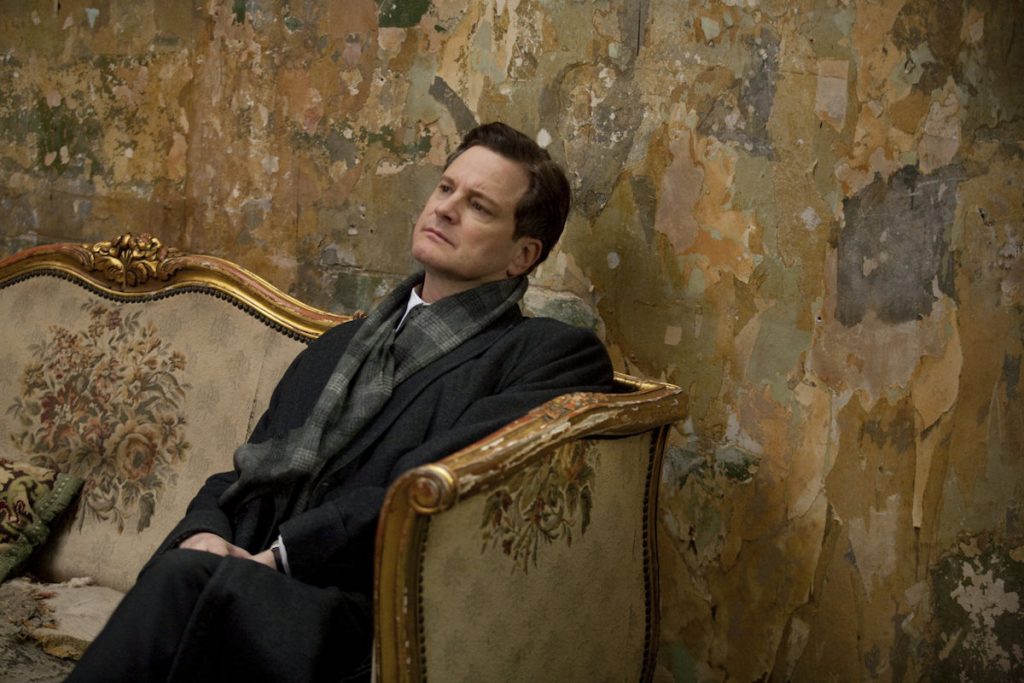 However, it must be noted that not all of the music was of Desplat’s creation. He did implement some Beethoven into the film, but in only one scene, and it shines marvelously. And, as if the music wasn’t already incredible, Desplat recorded it on the original Royal microphones that were made for King George V, Prince Albert’s father in the movie, giving it an authentic period sound.

The only gripe that I have with the film is its length. I know most period films are rather lengthy, but it really did drag in a few spots. That aside, The King’s Speech is a rare gem of cinema, enchanting the audience with engaging characters, an enticing plot, and sublime music. If you haven’t seen it yet, I implore you to do so – you certainly won’t regret it!